The association that oversees college sports in the United States has faced widespread criticism after a video shared on social media showed considerable disparities between the men’s and women’s weight rooms at their respective Division I basketball tournaments.

“So for the NCAA March Madness, the biggest tournament for college basketball for women, this is our weight room,” said Prince, pointing to a single stack of a dozen low-weight dumbbells.

She then shared images of a sprawling men’s weight room, complete with several squat racks.

“If you aren’t upset about this problem, then you’re a part of it,” Prince said.

Let me put it on Twitter too cause this needs the attention pic.twitter.com/t0DWKL2YHR

The NCAA addressed the concerns in a news briefing on Friday, saying it “fell short” in preparing to welcome 64 teams to the women’s tournament, which is being held in San Antonio, Texas, this year amid limits on travel due to COVID-19.

Holzman had originally told Washington Post reporter Molly Hensley-Clancy in a statement that “limited space” was the reason for the disparities, “and the original plan was to expand the workout area once additional space was available later in the tournament”.

In a statement on Friday, the NCAA said Holzman had spoken to team coaches and staff members about how to “readjust available square footage” in San Antonio to provide more training opportunities.

The NCAA tweeted a photo of an upgraded women’s weight room on Saturday.

The weight room has arrived!

“I apologise to women’s basketball student-athletes, coaches and the women’s basketball committee for dropping the ball on the weight rooms in San Antonio,” NCAA Senior Vice President of Basketball Dan Gavitt said in the statement on Friday.

But athletes, coaches and others in the sports world have continued to raise questions about what the episode says about the resources allocated to male and female athletes, calling on the NCAA to learn from the criticism.

Dawn Staley, one of the most accomplished athletes in US basketball history and the current head coach of the University of South Carolina women’s team, called on the NCAA to address “the overarching issues that exist in our sport”.

“Every team here in San Antonio has earned and deserves at a minimum the same level of respect as the men. All the teams here deal with the same issues as the men’s teams this season; yet their ‘reward’ is different,” Staley said in a statement shared on Twitter.

“Women’s basketball is a popular sport whose stock and presence continues to rise on a global level. It is sad that the NCAA is not willing to recognize and invest in our growth despite its claims of togetherness and equality,” she said.

But while women’s basketball is growing in popularity, “it is still mostly an afterthought in the NCAA’s overall picture”, the Wall Street Journal reported this week. 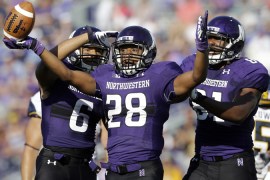 State of play: Football players and the NCAA

Fault Lines investigates the industry of college football and players’ demands for a more equitable game. 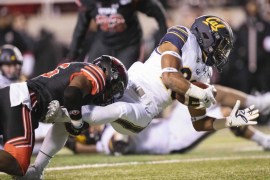 NCAA board votes to allow student-athletes to endorse brands

The change will likely benefit US athletes in high-profile sports such as basketball and American football. 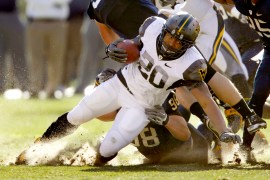 US Supreme Court to take up NCAA athlete compensation case

The high court will review a court decision that concerns non-cash education-related compensation to college athletes.