Belgrade nightclub owner Dusko Milojevic has lost two close friends to the coronavirus. So, when the Serbian government offered him a vaccine, he did not care where it was from.

“I only cared that it has been approved somewhere,” said Milojevic, who got his second shot of China’s Sinopharm vaccine on February 10.

“I am sure that China would not kill Chinese people.”

While the US and other Western nations have focused on vaccinating their own people, China has pledged roughly half a billion doses of its vaccines to countries around the globe.

Despite questions about their effectiveness and safety, people from Chile to Zimbabwe and Indonesia are among those lining up to get the shots.

“We’re seeing certainly real-time vaccine diplomacy start to play out, with China in the lead, in terms of being able to manufacture vaccines within China and make them available to others, largely low- and middle-income countries around the world,” said Dr Krishna Udayakumar, founding director of the Global Health Innovation Center at Duke University in the US.

The Associated Press has identified about four dozen countries that have either received or ordered at least one of the three Chinese-developed COVID-19 vaccines.

China has shipped about 10 times more vaccine doses than it has administered at home.

The ruling Communist Party says this is vaccine cooperation, not vaccine diplomacy, and denies any ulterior motives.

“We believe that all countries should work together to resist vaccine nationalism and promote the impartial and reasonable distribution of vaccines, especially distribution among developing countries,” says Hua Chunying, a spokeswoman for the Ministry of Foreign Affairs.

But Udayakumar says Beijing is clearly exercising “soft power” by selling or even donating its vaccines to those poorer nations.

“When you’re making diplomatic decisions in two or three years, you may have fond memories of who was there to help you in the middle of a crisis,” he says.

Efficacy rates for the Chinese vaccines lag behind Western shots like those from Pfizer and Moderna. But so far, there have been no reports of serious side effects, and that is enough for some leaders.

“We will be able to save thousands and thousands of lives,” Serbian Prime Minister Ana Brnabic said recently as she greeted a vaccine shipment at the airport.

“I can’t find the words to express all of my gratitude to China.”

Serbia was the first country in Europe to start inoculating its population with China’s vaccines. The government says it purchased just over 2.6 million doses in total from various sources, the majority from China.

The European Union has strict rules about vaccines and has not approved the Chinese shots.

Milojevic is hopeful business will improve by summer. But he knows there are some things no vaccine can fix.

“There are more and more of us who have somebody very close and dear that died of corona,” he says. “And that person was not someone who did not adhere to the measures, pretending that the disease does not exist. They just disappeared.” 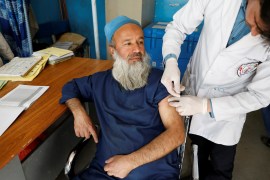 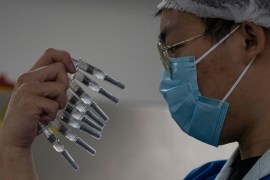 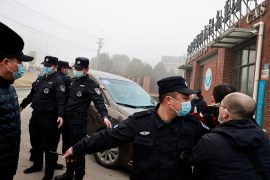