The Biden administration will not take sides in a British-European Union rift over the movement of goods to Northern Ireland, a senior United States official has said ahead of a meeting between President Joe Biden and Irish Prime Minister Micheal Martin.

Biden and Martin are set to meet virtually on Wednesday, the Christian holiday of St Patrick’s Day, as disputes between the United Kingdom and the European Union simmer over the implementation of Brexit agreements on Northern Ireland.

Among the sticking points is the Northern Ireland Protocol, which called for keeping the land border between the Republic of Ireland, which is part of the EU, and Northern Ireland – a British province under a distinct legal jurisdiction – open.

The dispute has raised tensions in the region, more than two decades after a 1998 peace deal, known as Good Friday, or Belfast Agreement, largely ended three decades of violence between mostly Protestant unionists, who want Northern Ireland to stay in the UK, and mostly Catholic nationalists looking to unite the Irish Republic and Northern Ireland.

“The US government has welcomed provisions in both the EU-UK Trade and cooperation agreements, as well as the Northern Ireland Protocol, which we believe helps protect the gains of the Belfast Good Friday Agreement,” said a senior Biden administration official, who previewed the meeting between Biden and Martin.

The official added: “The US administration is not looking to take sides in this disagreement.”

Ireland counting on US support

Martin has said that Ireland, an EU member, is counting on US support to help maintain the political stability of Northern Ireland.

Earlier this month, Northern Irish loyalist paramilitary groups said they were temporarily withdrawing support for the 1998 peace agreement due to concerns over the Brexit deal.

The groups expressed concern about a disruption to trade between Britain and Northern Ireland due to the deal and said they believed that Britain, Ireland and the EU had breached their commitments to the peace deal.

No decision has been made on the US appointment of a special envoy to deal with Northern Ireland, the US official said.

The virtual meeting with Martin will be the first bilateral event with Ireland hosted by Biden, who is Irish American. Biden is expected to make a trip to Ireland as soon as this summer.

Martin will also meet virtually with US House of Representatives Speaker Nancy Pelosi and Vice President Kamala Harris and participate in the annual US congressional luncheon marking Ireland’s national day and the close ties between the two countries. 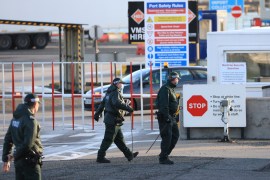 Concern is rising over the safety of staff at Northern Ireland’s ports amid mounting tension in the region post-Brexit. 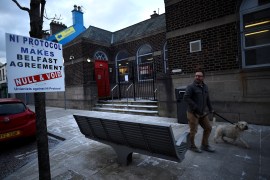 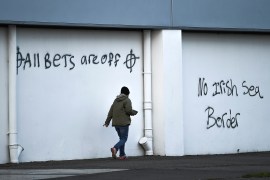