Ukraine has criticised an Iranian report into the downing of a Ukrainian passenger plane last year as a “cynical attempt” by the authorities in Tehran to hide the true reasons behind the crash.

The Ukraine International Airlines’ flight 752 crashed minutes after taking off from the Iranian capital on January 8, 2020, at a time of heightened tensions during a regional confrontation with the United States. After three days, the Islamic Revolutionary Guard Corps (IRGC) admitted that “human error” led to the plane being shot down with two ground-to-air missiles, killing all 176 people on board.

In its final report on the cause of the crash, Iran’s civil aviation body on Wednesday blamed an error by an air defence operator.

“The plane was identified as a hostile target due to a mistake by the air defence operator … near Tehran and two missiles were fired at it,” read the summary of the report. “The flight’s operation did not have a role in creating the error by the air defence battery,” the report added.

Shortly after its publication, Ukraine’s Foreign Minister Dmytro Kuleba called the report “nothing more than a cynical attempt to hide the true reasons for the downing of our plane”.

“We will not allow Iran to hide the truth, we will not allow it to avoid responsibility for this crime,” he wrote on Facebook. “Justice will prevail no matter how much effort and time it takes.”

In the immediate aftermath of the tragedy, the Iranian government declared that the shooting down was a “disastrous mistake” by forces who were on high alert during the showdown with the US.

Iran was on edge about possible attacks after it fired missiles at Iraqi bases housing US forces in retaliation for the killing days before of its most powerful military commander, Qassem Soleimani, in a US missile strike at Baghdad airport.

In December, Iran pledged to pay $150,000 to each of the families of the victims. The flight carried 167 passengers and nine crew members.

Meanwhile, Canada responding to the report, said Iran made “no attempt to answer critical questions about what truly happened”.

“It appears incomplete and has no hard facts or evidence,” Minister of Foreign Affairs Marc Garneau and Minister of Transport Omar Alghabra, said in a statement.

While most of the passengers were Iranians, many of them held dual Canadian nationality, as they headed to Kyiv on their way to Canada.

The ministers said the the Canadian government “will soon disclose the results of its own investigations”.

Canada and Iran, which do not have formal diplomatic ties, have also had several political spats over the downed plane in the past year.

In December, former Canadian Foreign Minister Francois-Philippe Champagne said he did not believe the downing of the plane can be blamed on human error. 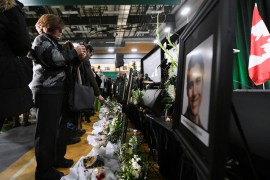 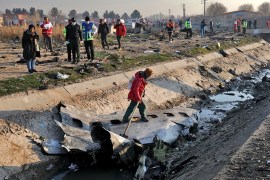 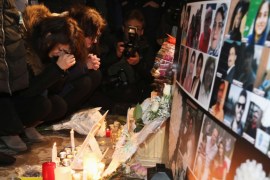 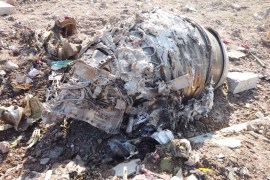 Iranian official said ‘expertise of France, Canada and America’ will be used to read flight data in Kyiv.