Syrians are marking 10 years since peaceful protests against President Bashar al-Assad’s government erupted in March 2011, touching off a popular uprising that quickly turned into a full-blown war.

Despite a decade of fighting and a broken country, al-Assad remains firmly in power, thanks to military support from Iran and Russia, after nearly half a million people were killed.

Ashraf al Homsi, a Syrian refugee from the Homs province, told Al Jazeera that the protesters were forced by the government to fight in 2011.

“The regime forced us to take up arms and turned the uprising into a war …. it was no longer possible to face guns with our screams,” he said.

The decade of war has wrought unfathomable destruction on Syria.

Millions have been pushed into poverty, and most households can hardly scrape together enough to secure their next meal.

Today, more than half the pre-war population of 23 million remains displaced, including more than five million who are refugees, mostly in neighbouring countries.

‘Forced to give up on our dreams’

Deraa, the birthplace of Syria’s uprising in 2011, has been under the control of Assad’s forces since 2018.

Maysoun al-Masri, a Syrian activist, told Al Jazeera that she almost had a breakdown when Syrian government forces raised their flag in Deraa.

“The town had a lot of symbolism for the revolution. We have been forced to give up on our dreams. The international community failed the Syrian people,” she said. 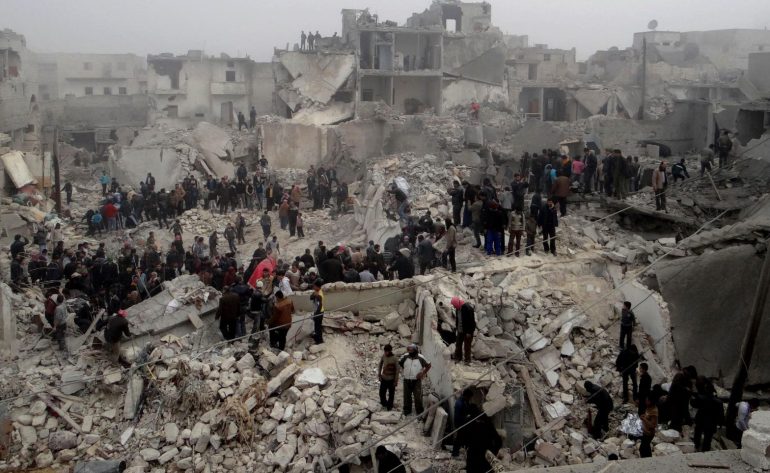 Al Jazeera’s Zeina Khodr, reporting from the Bekaa Valley in neighbouring Lebanon, said that most Syrian refugees living in the country want to go home.

“According to the UN, nine out of 10 Syrian refugee families in Lebanon are poor and they rely on UN support in order to survive,” she said.

“Although they want to go home, they have little choice. They are afraid to go back because there are no safety guarantees put in place by the Syrian government,” she added.

“In fact, the United Nations and the European Union believe that mass returns are not conducive at this point because of the lack of safety guarantees for refugees.”

“Most of them do not want to go back, as they established their lives in these cities. They have jobs and their children go to schools here,” she said.

“After spending five years in Turkey, refugees are also entitled to apply for Turkish citizenship by law.”

US-backed Syrian Kurdish forces hold around a quarter of the country in the northeast while al-Assad controls the rest.

Through most of the conflict, al-Assad was able to shield Syrians in government-held territory from the worst of the economic pain.

He has gained a decisive upper hand in the war, with Russia and Iran’s help, his grip on areas under his control is unquestioned, and the rebellion seems to be largely crushed.

But the economy has fallen apart with startling swiftness. It was hit by a double blow of new, far-reaching US sanctions imposed last year and the financial meltdown in Lebanon, Syria’s main link with the outside world.

That proved too much, on top of the strains of war, government corruption, other Western sanctions in place for years, and the coronavirus pandemic.

The UN says more than 80 percent of Syrians now live in poverty, and 60 percent are at risk of hunger. The currency has crashed, now at 4,000 Syrian pounds to the dollar on the black market, compared with 700 a year ago and 47 at the beginning of the conflict in 2011.