The medical charity Doctors Without Borders (Medecins Sans Frontieres, or MSF) has  condemned a “deliberate and generalised” programme of attacking clinics in Ethiopia’s restive Tigray region, which faces collapse of health services following months of military conflict. The condemnation was issued on Monday.

Abiy, winner of the 2019 Nobel Peace Prize, leaned on forces from the country’s Amhara region, which neighbours Tigray, to secure western and southern Tigray once the TPLF retreated from those areas and multiple reports have already emerged of dire conditions.

A statement issued on Monday by Doctors Without Borders said “treatment structures in the Ethiopian region of Tigray were looted, vandalised and destroyed in a deliberate and generalised manner” according to its observers in the area.

The group said it had visited 106 sites between mid-December and early March and that 70 percent had been looted.

“One health establishment in five visited by MSF teams were occupied by soldiers. In certain cases, this occupation was temporary, while in others, it continued during the visit,” the group said.

Last week, US Secretary of State Antony Blinken told Congress that “acts of ethnic cleansing” had been committed in western Tigray, with Ethiopia quickly rejecting the charge as “unfounded and spurious”.

According to MSF, in Abiy Addi, a town in central Tigray, the hospital was occupied in early March by Ethiopian forces to treat their wounded, while in Mugulat to the east, “Eritrean soldiers” used a local clinic as a base.

Ethiopia and Eritrea have denied the presence of Eritrean soldiers in the region, despite persistent reports.

In late November, Abiy declared victory in Tigray after capturing the regional capital Mekelle, but TPLF leaders fled and the fighting continues.

Meanwhile, MSF’s statement alleged that “at the hospital in Adwa, in the heart of the region, medical equipment, in particular sonogram material and monitors, were deliberately broken”.

Residents of the area were forced to rely on less well-equipped and staffed clinics for treatment, and often had to reach them on foot because ambulances had been requisitioned by the armed forces.

MSF Director General Oliver Behn urged that the clinics be repaired, as well as medical staff be paid and allowed to work in a secure environment. 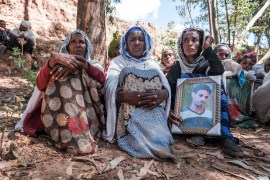 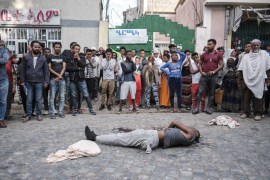 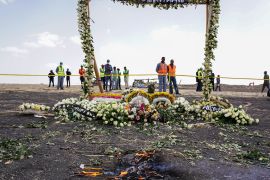 Tensions loom between US, Ethiopia in 737 Max crash probe

The Ethiopian Accident Investigation Bureau plans to release a final report on the crash of the 737 Max that killed 157.