Ireland has temporarily suspended the rollout of the AstraZeneca coronavirus vaccine following reports of blood clots in adults who received the shot in Norway.

Irish health minister Stephen Donnelly said in a tweet on Sunday the decision was “based on new information from Norway that emerged late last night”, adding that this was a “precautionary step”.

Three health workers in Norway who had recently received the AstraZeneca COVID-19 vaccine were being treated in hospital for bleeding, blood clots and a low count of blood platelets, its health authorities said on Saturday.

AstraZeneca on Sunday said it had conducted a review of people vaccinated with its COVID-19 vaccine which has shown “no evidence” of an increased risk of blood clots.

The review covered more than 17 million people vaccinated in the European Union and United Kingdom.

“A careful review of all available safety data of more than 17 million people vaccinated in the European Union and UK with COVID-19 Vaccine AstraZeneca has shown no evidence of an increased risk of pulmonary embolism, deep vein thrombosis or thrombocytopenia, in any defined age group, gender, batch or in any particular country,” the statement said.

The decision to temporarily suspend use of the AstraZeneca Covid-19 vaccine was based on new information from Norway that emerged late last night. This is a precautionary step. The National Immunisation Advisory Comm meets again this morning and we’ll provide an update after that

Al Jazeera’s Jonah Hull, reporting from London, said the move by the Irish government was concerning for the drugmaker.

“AstraZeneca has been very quick to robustly defend its vaccine,” Hull said.

“[The company’s] defence of the vaccine is echoed by the European Medical Agency as well … who also reiterated there is no link [between the jabs and the blood clotting events].”

“They are saying people should continue to get the AstraZeneca jab … [adding] that the benefits far outweigh the negative aspects of it,” Hull added.

Some 570,000 doses of coronavirus vaccines have been administered in Ireland to date, according to government data last updated on Wednesday.

A total of 109,000 of those doses have been manufactured by the Anglo-Swedish pharmaceutical giant AstraZeneca, which developed its vaccine with Oxford University.

AstraZeneca’s shot is also among the cheapest available and forms a bulk of deliveries to poorer nations under the WHO-backed COVAX initiative, which aims to ensure the equitable global distribution of vaccines.

Separately on Sunday, the Italian region of Piedmont said it was temporarily suspending the use of the AstraZeneca vaccine out of “extreme caution” after the death of a teacher who received the shot.

Luigi Genesio Icardi, the northern Italian region’s health commissioner, said the death of the teacher in the town of Biella was Piedmont’s first encounter with a suspected problem with the vaccine.

Norway announced on Thursday it was halting the use of the AstraZeneca vaccine.

“This is a cautionary decision,” Geir Bukholm, director of infection prevention and control at the Norwegian Institute of Public Health (FHI), told a news conference. FHI did not say how long the suspension would last.

“We … await information to see if there is a link between the vaccination and this case with a blood clot,” Bukholm said.

Austria has stopped using a batch of AstraZeneca shots while investigating a death from coagulation disorders and an illness from a pulmonary embolism.

Denmark will not use AstraZeneca’s COVID-19 vaccine for two weeks after reports that some recipients had developed serious blood clots, and in one case may have died as a result, the country’s authorities said on Thursday. They did not say how many reports of blood clots there had been.

Italy has said it would suspend the use of a batch of AstraZeneca doses after a soldier died in Sicily. No link has been established between the vaccination and the death. 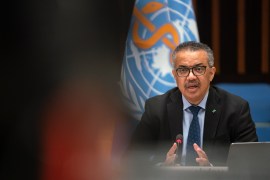 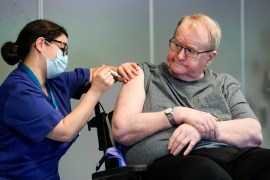 Several elderly and frail people who received the vaccine died, but official says a connection ‘not a given’. 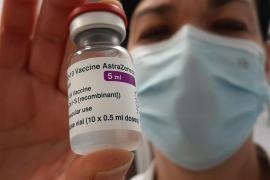 WHO approves Oxford-AstraZeneca COVID vaccine for emergency use

Shot developed by University of Oxford and AstraZeneca is cheaper and easier to distribute than some other offerings.