Turkey and Egypt have had their first diplomatic contact since breaking off relations in 2013, according to Turkish Foreign Minister Mevlut Cavusoglu.

“We have had contacts both at the level of intelligence and foreign ministries with Egypt. Diplomatic-level contacts have started,” Turkey’s state-run Anadolu state news agency quoted Cavusoglu as saying on Friday.

Anadolu also quoted Cavusoglu as saying that a lack of trust was normal at the early stages of talks, and that neither side put forward preconditions.

“For this reason, negotiations are taking place and continuing under a certain strategy, road map,” he said.

Turkey and Egypt then expelled each others’ ambassadors and downgraded their relations.

Erdogan has repeatedly referred to el-Sisi as a “putchist president” he holds responsible for the deaths of thousands of civilians.

But the Turkish leader has said little about el-Sisi of late while toning down his language on a range of international affairs.

The two regional powers have also sparred over a range of other issues, including the war in Libya where they backed rival sides, and maritime disputes in the Eastern Mediterranean.

In Libya, Turkey has backed the Tripoli-based Government of National Accord and signed a military cooperation agreement with it in 2019 to help the fight against renegade general Khalifa Haftar’s Libyan National Army, backed by Egypt, among others.

Meanwhile, Cavusoglu said earlier this month that Ankara was prepared to negotiate a new maritime agreement for the Eastern Mediterranean with Cairo.

Cavusoglu said on Friday that Turkey was also ready to improve relations with the United Arab Emirates – one of its biggest regional rivals – as well as Saudi Arabia.

“We have been seeing more positive messages lately from Abu Dhabi,” he said.

“We have had no problems with them anyway, but they have had a problem with us. We are now seeing a more moderate approach from them.”

Turkey’s relations with Saudi Arabia deteriorated sharply after the murder of journalist Jamal Khashoggi in Riyadh’s Istanbul consulate in 2018.

But Cavusoglu said on Friday that Turkey was not treating the death as a “bilateral issue”.

“They turned it into a bilateral issue, but we never accused the government of Saudi Arabia.”

The declassified US report said Washington had grounds to conclude that MBS “approved” the operations since it fit a pattern of him “using violent measures to silence dissidents abroad”.

Cavusoglu stressed: “We see no reason not to improve relations with Saudi Arabia.” 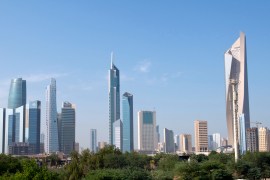 Delegations meet in Kuwait weeks after agreement made in Saudi Arabia’s Al-Ula to end blockade of Qatar. 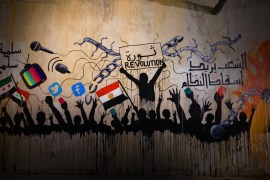 Ten years after the Arab Spring

A retrospective look at the media’s role in the Arab uprisings and the damage that has been done to journalism since.