It is not yet clear whether the world needs a new set of vaccines to fight different variants of the novel coronavirus, but scientists are working on new ones so there is no cause for alarm, the head of the Oxford Vaccine Group says.

South Africa has paused a planned roll-out of AstraZeneca’s vaccines after data showed it gave minimal protection against mild infection among young people from the dominant variant there, stoking fears of a much longer battle with the pathogen.

AstraZeneca and Oxford University aim to produce a next generation of vaccines that will protect against variants as soon as the autumn before the Northern Hemisphere winter, AstraZeneca’s research chief said this month.

“There are definitely new questions about variants that we’re going to be addressing. And one of those is: do we need new vaccines?” Andrew Pollard, Chief Investigator on the Oxford vaccine trial, told BBC radio.

“I think the jury is out on that at the moment, but all developers are preparing new vaccines so if we do need them, we’ll have them available to be able to protect people.”

Vaccines are seen as the swiftest path out of the COVID-19 crisis, which has killed 2.33 million people worldwide and turned normal life upside down for billions.

Researchers from South Africa’s University of Witwatersrand and the University of Oxford said in a prior-to-peer analysis that the AstraZeneca vaccine provided minimal protection against mild or moderate infection from the South African variant among young people.

Protection against moderate to severe disease, hospitalisation or death could not be assessed in the study of approximately 2,000 volunteers who had a median age of 31 as the target population were at such low risk, the researchers said.

“I think there’s clearly a risk of confidence in the way that people may perceive you. But as I say I don’t think that there is any reason for alarm today,” Pollard said.

“The really important question is about severe disease and we didn’t study that in South Africa, because that wasn’t the point of that study, we were specifically asking questions about young adults.”

The so-called South African variant, known by scientists as 20I/501Y.V2 or B.1.351, is the dominant one in South Africa and is circulating in 41 countries around the world, including the United States.

Other major variants include the so-called United Kingdom variant, or 20I/501Y.V1, and the Brazilian variant known as P.1.

While thousands of individual changes have arisen as the virus mutates on replication and evolves into new variants, only a tiny minority are likely to be important or change the virus in an appreciable way, according to the British Medical Journal.

The so-called British, South African and Brazilian variants are causing scientists concern, as they appear to be more contagious than others.

An analysis of infections by the South African variant showed there was only a 22-percent lower risk of developing mild-to-moderate COVID-19 if vaccinated with the AstraZeneca shot versus those given a placebo.

If vaccines do not work as effectively as hoped against new and emerging variants, the world could be facing a much longer – and more expensive – battle against the virus than previously thought.

“As long as we have enough immunity to prevent severe disease, hospitalisations and death then we’re going to be fine in the future in the pandemic,” Pollard said.

Pollard said the South African government was right to look at how it deployed the AstraZeneca vaccine because the original plan was to use it in young adults – particularly healthcare workers – who were not expected to get severe disease.

“It needs a relook at how best to deploy the vaccine,” Pollard said. How the Philippines lost faith in vaccines

101 East investigates the lasting effects of the Dengvaxia scandal. 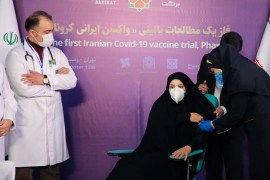 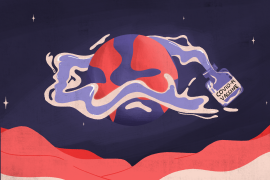 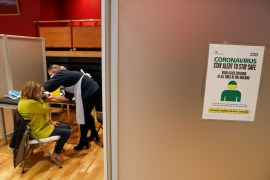 WHO ‘concerned’ COVID vaccines will not work on new variants

‘The virus still has the upper hand on the human being,’ says European chief of global health agency.