For some residents, the centre evokes painful memories of imprisonment in the Middle East, with claims of poor sanitation and a level of mistreatment that has allowed the coronavirus to tear through the site.

The disused army barracks, near the port town of Folkestone, has been housing male refugees and migrants since September.

Until mid-January, 400 people lived there, but more than 100 were moved to local hotels after 120 residents tested positive for COVID-19.

Those left behind are not permitted to leave the premises because of fears that the virus may spread.

On February 5, a resident tried to escape, before being returned by the police.

Along with lawyers and charities, they say tensions at the barracks have reached a breaking point.

But people were optimistic when they first arrived.

“We were happy and hopeful as they told us we’re going to stay here for about a month,” an Iranian asylum seeker, who requested anonymity, told Al Jazeera.

“But things have changed since we realised that’s not true. And after four months, those hopeful people are now depressed and hopeless people, who don’t find themselves able to socialise and participate in different activities.”

Adding to the tensions, on January 29, a fire broke out at the facility. The on-site canteen was vandalised and windows were smashed.

Fourteen people were arrested in connection with the fire, which Kent Police believe was started deliberately.

Since then, there has been limited electricity and hot water, despite freezing winter temperatures.

The Care4Calais charity, which delivers aid to refugees in Europe, on Monday reported that the kitchen at Napier Barracks was closed and residents were isolating in their rooms with a security guard stationed in each block.

Food is still being delivered to residents, but the charity said it is cold when it arrives.

The Home Office denies the allegations, saying food, clean water and electricity have been provided throughout.

“After the fire, we stayed in the dark for a couple of days and there was no heating. It was extremely cold and dark, it was horrible,” an Egyptian resident told Al Jazeera.

The coronavirus outbreak started when several men tested positive for the virus in January. The men isolated for a few days, but were allowed out early, residents of the centre told Al Jazeera.

Some residents approached the building’s welfare manager and asked why he released the infected men.

It is extremely difficult to maintain physical distancing in the barracks.

“I tested positive on January 17 and had to share my space with 28 other people to sleep,” the Iranian resident told Al Jazeera.

Clearsprings Ready Homes, the company contracted by the Home Office to run the site, has two 10-year contracts worth up to 1 billion pounds ($1.38bn) to operate British asylum accommodation until 2029.

In its January financial statements, the company said it has hired more staff to ensure it delivered new contracts.

But residents say the barracks is understaffed. There is one nurse at the site, for instance.

The Egyptian resident claimed the nurse often ignores them or defers their requests for a medical appointment.

Residents are prohibited from leaving the barracks to seek other medical assistance, which legal experts have deemed unlawful.

While the Home Office says there is adequate sanitisation in place, residents disagree.

“I knew the virus was on the covers, the doors, the windows, the bedsheets, everywhere. There is no sanitisation here,” a 35-year-old resident, who fell ill with COVID-19 last month, told Al Jazeera.

Another has been suffering from toothache for three months. He said he has not received adequate medical treatment and has been unable to sleep.

This is the first time in the UK that military barracks have been used to accommodate asylum seekers, many of whom say they fled their country after being tortured.

“One friend of mine here has terrible memories of the war between Iran and Iraq, and he is dealing with insomnia because the camp reminds him of those days,” the Iranian asylum seeker said.

According to the refugee charity ChooseLove, 22 residents are on suicide watch.

“Too many of us have fled our countries to seek their freedom and now we are here, we are being treated like prisoners. If I knew that I was going to be in prison again after I fled my country, I wouldn’t have come here,” said the Egyptian resident.

On February 3, government documents leaked to The Independent newspaper found that the Home Office placed hundreds of asylum seekers in the barracks after fears that better accommodation would “undermine confidence” in the British immigration system.

Critics have denounced the document, accusing ministers of “pandering to prejudice” and playing politics with people’s health.

A Home Office spokesperson said: “These sites have accommodated soldiers and army personnel in the past and it is wrong to say they are not good enough for asylum seekers. We provide safe, warm, secure accommodation with three nutritious meals served a day, all of which is paid for by the taxpayer.”

But some senior military figures disagree.

Hundreds remain in the barracks, uncertain when they will leave.

Addressing the UK government, the Iranian resident said: “I know you made us suffer for political purposes. I know you did this to send a clear message to the asylum seekers around Europe that you don’t want them here. But you ruined your country’s reputation in regard to protecting human rights, especially the ones who are vulnerable.”

British MPs on both sides of the political spectrum have called for the closure of the barracks.

Clare Moseley, founder of Care4Calais, accused Clearsprings of not being fit to run the centre.

Josie Naughton, founder of ChooseLove, said: “We have to call these what they are: they are camps, there is by no means an adequate level of support. They are not safe, they are a public health risk, and the government needs to be called out for it.” 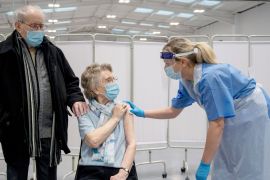 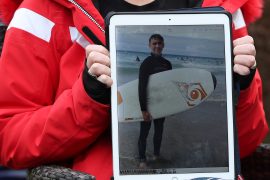 UK teenager wakes up from coma with no knowledge of pandemic

Joseph Flavill, 19, contracted COVID-19 twice while in a coma after an accident that happened before the lockdown. 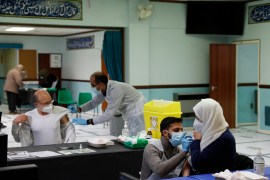 In the UK, Muslims find comfort in receiving vaccines at mosques

In a bid to reassure ethnic minority communities about the vaccine, places of worship have been converted into clinics. 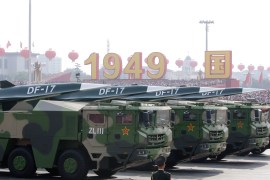 The Times reports the scholars may have unwittingly helped China build weapons of mass destruction.