Tehran, Iran – Iran’s representative to the United Nations has protested recent Israeli military action threats against the country, calling on the intergovernmental organisation to interfere.

In a letter to UN Secretary-General Antonio Guterres, Majid Takht-Ravanchi said Israel has not only increased “provocative and warmongering rhetoric” against Iran, but is also actively making plans to act on its threats.

The latest example, he said, came in late January when top Israeli general Aviv Kochavi said Israel’s military is preparing “a number of operational plans, in addition to those already in place” in reaction to Iran boosting its nuclear programme in recent months.

Iran’s UN representative said the threat violates article two of the UN charter and requires a “proportionate response by the global community” due to Israel’s history of attacking other nations in the region.

“We reserve the intrinsic right to defend ourselves and decisively respond against any threat or wrongful act by the Israeli regime,” Takht-Ravanchi wrote.

Among other things, article two of the UN charter states that members must “refrain in their international relations from the threat or use of force against the territorial integrity or political independence of any state”.

Takht-Ravanchi said Israel must take responsibility for its hostile actions and the UN must counter the country’s “destabilising and warmongering policies” as the entity in charge of securing international peace.

The representative also called for his letter to be registered as a formal document in the UN Security Council.

After the Israeli general made the threat, Iran’s presidential chief of staff Mahmoud Vaezi dismissed it as “psychological war” and said “in action, they neither have a plan nor the ability to carry it out”.

He also said he believes the new administration of US President Joe Biden has independence and will not cater to Israel like his predecessor Donald Trump.

Kochavi’s remarks were also seen as a threat to the Biden administration that has said it wants to restore the 2015 nuclear deal Tehran signed with world powers.

Trump unilaterally abandoned the deal in 2018 and imposed harsh sanctions on Iran, which led Iran to gradually scale back its commitments under the deal starting 2019. 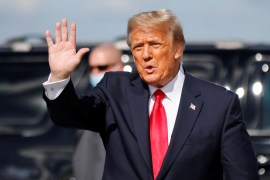 UN’s top court to rule on US sanctions on Iran

ICJ to decide if it will hear Tehran’s case arguing US sanctions breached a 1955 friendship treaty. 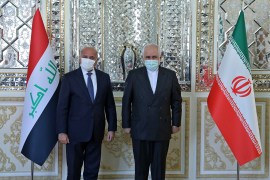 US assassination of Iranian General Qassem Soleimani was a major talking point during discussions on Wednesday. 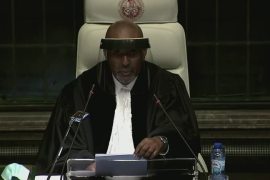