Moussa Faki Mahamat has won a second term as the head of the African Union’s (AU) executive body at the opening of a two-day virtual summit expected to focus on the continent’s pandemic response.

“Deeply humbled by the overwhelming and historic vote of confidence,” Faki tweeted. He also congratulated Monique Nsanzabaganwa, deputy governor of the National Bank of Rwanda, on her election as his deputy.

Deeply humbled by the overwhelming and historic vote of confidence by AU Member States by voting 51 out 55 to extend my mandate at the helm of the AUC Commission for another 4 years. My congratulations to @mnsanzabaganwa who was elected as deputy Chairperson. Together we WILL. pic.twitter.com/vyf2tCbwSW

But despite early doomsday predictions, the continent has been hit less hard than other regions so far, recording 3.5 percent of virus cases and 4 percent of deaths worldwide, according to the Africa Centres for Disease Control and Prevention.

However, many African countries are battling damaging second waves while straining to procure sufficient vaccine doses.

Al Jazeera’s Malcolm Webb, who has extensively covered AU affairs, said the summit comes at a time where countries on the continent find themselves at the bottom of the ladder of a “grossly unequal distribution of COVID-19 vaccines around the world”.

He added that the AU’s task force has been trying to collectively buy vaccines on behalf of other countries – 600 million vaccines, or half the number of people living in the continent.

In recent weeks, health experts and political leaders have warned that “vaccine hoarding” by wealthy nations is putting lives at risk in African countries.

“There is a vaccine nationalism on the rise, with other rich countries jumping the queue, some even pre-ordering more than they require,” Faki said in an interview posted on the AU’s website before the summit.

South African President Cyril Ramaphosa was due to deliver a pandemic response update during the closed portion of the summit on Saturday.

In an earlier speech, he had called for “a fresh injection of resources” from the International Monetary Fund to “correct the glaring inequality in fiscal stimulus measures between advanced economies and the rest of the world.”

Whoever wins could play a critical role, along with Faki, in addressing crises the AU is accused of overlooking.

There are multiple internal conflicts the AU has done little to resolve.

Its Peace and Security Council has failed to hold meetings on a conflict between government forces and anglophone separatists in Cameroon, for example, as well as rising security crisis in northern Mozambique.

Abiy has rejected appeals from high-level AU envoys for talks with Tigrayan leaders, sticking to his line that the conflict is a limited “law and order” operation.

The summit also marks the official beginning of the year-long AU chairmanship of the Democratic Republic of the Congo President Felix Tshisekedi, who is replacing Ramaphosa.

Addressing fellow heads of state and government on Saturday, Tshisekedi pledged to make the AU more relevant by taking it “away from meeting rooms”.

Tshisekedi has outlined an ambitious agenda that includes responding to climate change, fighting sexual violence, promoting the African Continental Free Trade Area and accelerating his own country’s Grand Inga Hydropower Project, which the AU sees as an important source of electricity for the continent.

But Tshisekedi is also embroiled in a tussle for power at home with supporters of his predecessor, Joseph Kabila. 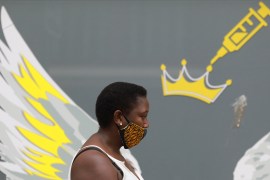 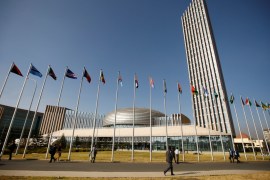 AU summit: What are the key issues?

Pan-African body to hold its annual heads of states summit virtually due to coronavirus precautions. 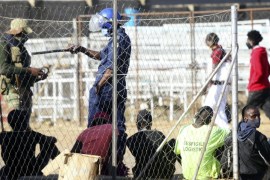 The African Union’s crisis of legitimacy

If it cannot address systematic human rights abuses on the continent, what really is the purpose of the African Union?