Kuwait will impose a new round of swift restrictions from Sunday, including a two-week entry ban on non-citizens, as part of its latest attempt to curb the spread of the coronavirus.

The decision was announced on Wednesday following an extraordinary cabinet meeting as the country is witnessing an uptick in the number of COVID-19 infections and hospitalisations, according to a statement from the Kuwait Council Ministers.

Immediate relatives, such as parents and children, and accompanying domestic workers would be exempt from the entry ban and all those arriving in the country would have to quarantine, read a cabinet’s statement.

It also ordered the closure of gyms and salons and asked other commercial businesses to cease operating at 8:00pm local time (17:00 GMT), with the exception of pharmacies, supermarkets and other food stores.

The country has witnessed an increase in infections since January. On Wednesday, it reported 756 new cases in the previous 24 hours. The previous month, the country succeeded in keeping the spread at bay with daily cases falling below 300.

So far, Kuwait reported 167,410 infections and more than 960 COVID-related deaths.

The tiny oil-producing country is not the only one implementing new restrictions to stop the spread of the virus.

Saudi Arabia this week suspended entry to the kingdom from 20 countries, with the exception of Saudi citizens, diplomats, and medical practitioners and their families.

The Saudi interior ministry said in a statement early on Thursday that entertainment activities and events, as well as in-restaurant dining, would be suspended for 10 days, open to renewal.

The kingdom, the largest among the six Gulf states and the Arab world’s biggest economy, on Wednesday recorded 306 new coronavirus cases. It saw daily infections fall from a peak of more than 4,000 in June to dip below the 100-mark in early January.

The United Arab Emirates, a tourism and trade hub, has seen the region’s largest surge with infections tripling in the past month to hit a new peak of 3,977 new cases on Wednesday. 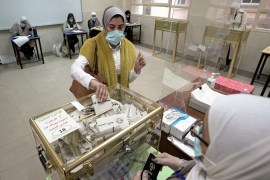 Nearly half of National Assembly seats won by the opposition, but none of the 29 female candidates won a seat. 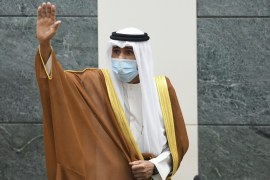 Sheikh Sabah has been tasked with nominating members of a new cabinet for approval by the emir. 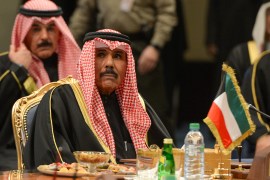 Kuwait emir tells new parliament the country faces big challenges and there is no time for ‘fabricating conflicts’.