Israeli media report the Syrian prisoner exchange negotiated by Russia, which included the repatriation of an Israeli woman who crossed the Golan frontier into Syria, in return for two Syrian shepherds who strayed into Israeli-held territory, involved another unprecedented Israeli “concession”.

However, the nature of the concession could not be published because Israeli military censorship prohibited it.

A well-informed Israeli source told Al Jazeera that Russia, in order to seal the deal, proposed that Israel pay millions of dollars for several million doses of its Sputnik V COVID-19 vaccine to be administered to millions of Syrians.

“Netanyahu and [Foreign Minister Benny] Gantz, knowing the possible electoral damage to both of them, ordered the military censor to prohibit publishing that Israel agreed to finance purchasing Russian Sputnik V vaccine doses for millions of Syrian citizens. The exact price was not disclosed to the cabinet, but it’s millions of dollars,” said the source who spoke on condition of anonymity.

Several days ago, Israeli reports had said the security cabinet had met to consider the freeing of captives on both sides. But it was unclear why the exchange of an ultraorthodox Israeli and two shepherds would require the approval of such senior officials. Given the source’s comments, it is now clear the vaccine proposal was the element that required such deliberation.

Israel has opposed the government of President Bashar al-Assad over the past 10 years, offering military support to anti-regime al-Nusra Front rebels and mounting hundreds of air attacks on Syrian and Iranian targets inside the country. It has also occupied the Golan, territory it conquered from Syria in the 1973 War.

For Israel now to offer it a large shipment of COVID vaccine not only bolsters a government Israel has long sought to undermine but also risks stirring hostility among average Israelis who are not inclined to sympathise with front-line states with whom they remain at war.  For example, it remains illegal for any Israeli citizen to visit Syria. Several individuals have been imprisoned for doing so.

For these reasons, Netanyahu and Gantz preferred to keep this aspect of the deal under wraps, lest it weakens their political standing going into the March elections, which will be the fourth in the past two years.

The Israeli freed by the Syrians was described as raised in an ultraorthodox family. She had abandoned the tradition, learned Arabic, and then tried unsuccessfully to cross into Gaza. Her next attempt was to cross the Golan frontier, which she did two weeks ago. Local villagers met her, suspected her of being a spy and reported her to authorities, who arrested her.

A further irony of the deal to supply the Russian COVID vaccine to Syria is that Israel has refused, except for a few token exceptions, to offer doses to the four million Palestinians living under Israeli occupation. It has given 5,000 for West Bank health workers and 1,000 for similar personnel in Gaza.  But it did so under international pressure, which arose when Israel refused to acknowledge any responsibility to aid the Palestinians.

Israel is also vaccinating African refugees and Palestinians with Israel work permits, presumably because authorities fear that otherwise they might infect Israeli citizens with whom they come into contact.

Palestinians will likely chafe at the fact that Israel is aiding millions of Syrians while they continue to wait for their own supply of the Russian Sputnik V vaccine.

The vaccine deal also benefits Russian President Vladimir Putin, who can herald the donation of his own country’s vaccine to protect millions of Syrians. Netanyahu, in turn, can turn to voters and boast about freeing an Israeli captive from enemy hands. Finally, Syria’s President al-Assad can tell his people that this medical relief was negotiated on their behalf by him and their Russian ally.

The entire arrangement offers an example of the politicisation of the COVID-19 pandemic, in particular, the use of humanitarian medical relief to advance national political interests. It also highlights the inequity in the distribution of the vaccine to the world’s have-nots, who have neither political power, patronage, nor funding to ensure the protection of their populations. 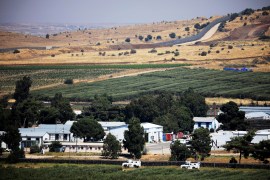 Israeli woman freed by Syria while Israel returned two shepherds to the Syria-controlled side of the Golan Heights.

Two Syrians should be released in return for a young Israeli woman in swap mediated by Russia. 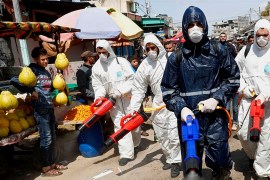