New Zealand’s schools will provide access to free sanitary products for female students from June as part of the government’s latest attempt to stem “period poverty” in the country.

Period poverty occurs when women and girls lack the money for tampons, pads or menstrual cups, or medication for cramps. Campaigners say the issue has a direct effect on girls’ education globally, with a knock-on impact on work opportunities, thus deepening gender inequality.

The initiative announced on Thursday comes following a pilot in 15 schools in the northern Waikato region of New Zealand, where about 3,200 young people were given free period products.

“Young people should not miss out on their education because of something that is a normal part of life for half the population,” Prime Minister Jacinda Ardern said at Fairfield College in Hamilton. Research showed, Ardern said, that about one in 12 young people skipped school because they did not have access to period products.

“Providing free period products at school is one way the government can directly address poverty, help increase school attendance, and make a positive impact on children’s wellbeing,” she said, adding that the programme will cost 25 million New Zealand dollars ($18m) over three years.

#FreePeriodProducts will soon be available to students in all NZ primary, intermediate and secondary schools and kura opting to receive them, Prime Minister @jacindaardern and Associate Education Minister @jantinetti announced today at Fairfield College. https://t.co/8EF1JrnBdo pic.twitter.com/NUVrNkZlQm

Students responded positively to the test phase and schools reported a reduction in the stigma around periods for their students thanks to the provision of period products, according to the Ministry of Education.

The government is now working on a plan for a phased roll-out.

“All state and state-integrated primary, intermediate and secondary schools and kura [primary schools for the indigenous Maori community] that opt-in by 31 March 2021 will receive products from the end of Term 2,” read the Ministry of Education’s website.

Thursday’s announcement was welcomed by campaigners such as Dignity NZ who have fought for years to eradicate period poverty in the country.

“It’s incredible to think that the anxiety facing many young students, who haven’t known if they will have products for their next period, now have certainty that from June supplies will be there for them,” read a post of the group.

According to research gathered by New Zealand’s Ministry of Education, 12 percent of year 9 to 13 students who menstruate have said they find it difficult to afford these products.

The University of Otago found that at least 94,700 girls aged 9 to 18 from the country’s poorest households may be unable to afford period products and could be missing school when they have their period.

The youngest female prime minister when she came to power in 2017, Ardern is seen as a global icon and a champion for women’s rights. She swept the polls in October, securing a second term in office on the back of her government’s success in containing the spread of the coronavirus.

Her pregnancy and maternity leave while in office in 2018 was hailed as progress for women leaders. She made headlines around the world when she took her three-month-old daughter with her while attending the United Nations’ General Assembly in New York. 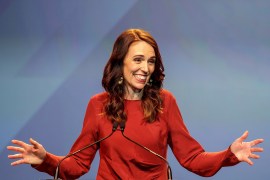 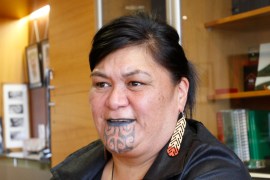 We challenge New Zealand FM Nanaia Mahuta, and ask the Thai government to defend its response to pro-democracy protests. 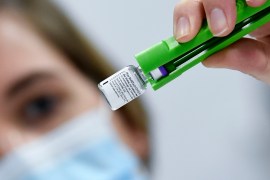 Gov’t under pressure to bring in vaccines earlier after woman diagnosed with S African variant after leaving quarantine.