US President Joe Biden supports a study on whether descendants of enslaved people in the United States should receive reparations, White House spokeswoman Jen Psaki said on Wednesday, as the issue was being debated on Capitol Hill.

Psaki told reporters that Biden “continues to demonstrate his commitment to take comprehensive action to address the systemic racism that persists today”.

Reparations have been used in other circumstances to offset large moral and economic debts – and were paid to Japanese Americans interned during World War II, families of Holocaust survivors and Black people in post-apartheid South Africa.

But the US has never made much headway in discussions of whether or how to compensate Black people for more than 200 years of slavery.

HR-40, a bill to fund the study of “slavery and discrimination in the colonies and the United States from 1619 to the present and recommend appropriate remedies” has been floated in Congress for more than 30 years but has never been taken up for a full vote.

Democratic Representative Sheila Jackson Lee in January reintroduced the bill, which was being debated by a subcommittee of the House Judiciary Committee on Wednesday.

Fellow Democratic Representative Steve Cohen, who chairs the House Subcommittee on the Constitution, Civil Rights and Civil Liberties, told a hearing on Wednesday it was fitting to consider HR-40 at a time when the country is reckoning with police violence against Black people and a pandemic that has disproportionately affected people of colour.

Last year, Biden told the Washington Post newspaper that “we must acknowledge that there can be no realisation of the American dream without grappling with the original sin of slavery and the centuries-long campaign of violence, fear, and trauma wrought upon Black people in this country”.

But like nearly all of the Democratic presidential candidates at the time, he did not embrace the idea of specific payments to the descendants of slavery, instead promising “major actions to address systemic racism” and further study of the matter.

In 1975, Biden, who was then a US senator, was even more adamantly opposed to it.

Biden’s Vice President, Kamala Harris, said in August 2019 that the issue is complicated and deserves to be examined carefully, arguing that monetary compensation would not solve the wider problems stemming from systemic racism.

“This stuff needs to be studied,” she said during a Des Moines Register editorial board meeting. “If we’re talking about writing a cheque, I don’t think it is that simple,” she said.

“And frankly, I don’t support an idea or a notion that after all this, we’re going to say: ‘Okay, I’m going to write you a cheque, and then be quiet.’ Because that won’t solve the problem, which is the systemic issues that are present and will continue to exist, whether or not you write a cheque.”

Some politicians, academics and economists have called for reparations to be paid to an estimated 40 million Black people. Any federal reparations programme could cost trillions of dollars, they estimate.

Supporters say such payments would acknowledge the value of the forced, unpaid labour that supported the economy of southern US states until the Civil War ended slavery in 1865, as well as the burden of decades of legal and de facto segregation that followed. 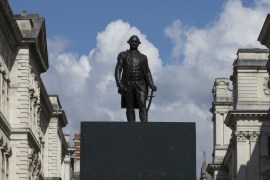 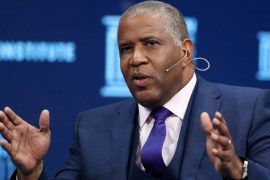 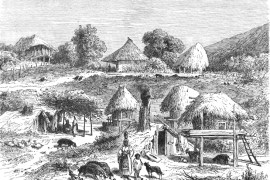 It is time reparations are paid for Roma slavery

Romanians continue to actively deny the history of Roma enslavement in Romanian lands.