Ethiopian forces shelled heavily populated areas in the first weeks of the conflict in the Tigray region, killing at least 83 civilians and displacing thousands, Human Rights Watch has said.

Artillery attacks by forces backing Prime Minister Abiy Ahmed, the 2019 Nobel Peace Prize winner, “struck homes, hospitals, schools and markets”, according to the report, which focuses on the regional capital Mekelle and the towns of Shire and Humera.

“At the war’s start, Ethiopian federal forces fired artillery into Tigray’s urban areas in an apparently indiscriminate manner that was bound to cause civilian casualties and property damage,” said Laetitia Bader, HRW’s Horn of Africa director, on Thursday.

“These attacks have shattered civilian lives in Tigray and displaced thousands of people, underscoring the urgency for ending unlawful attacks and holding those responsible to account.”

Abiy announced military operations against the leadership of Tigray’s governing party, the Tigray People’s Liberation Front (TPLF), in early November, saying this was in response to TPLF-orchestrated attacks on federal army camps.

He declared victory after pro-government troops took Mekelle in late November, though the TPLF promised to fight on. Aid workers say persistent insecurity has hampered the delivery of badly-needed humanitarian assistance.

Abiy has previously said the military acted with special care for civilian lives, telling legislators in late November that no civilians were killed as his forces entered Tigray’s cities.

His office did not immediately respond to a request for comment from the AFP news agency.

In the western town of Humera, doctors reported that at least 46 people were killed and 200 injured on a single day during the first week of fighting, HRW said, adding that “total casualties that day were most likely higher”.

“Civilians started arriving in the hospital with injuries to the abdomen, chest, head. We were at a loss,” HRW quoted a doctor as saying. “People with no hands, people with their stomachs hanging out.”

A doctor at a hospital in Mekelle has previously told AFP that 27 civilians were killed in “artillery and rocket shelling” on November 28, the day federal forces arrived and that more than 100 were wounded.

Much of Tigray remains inaccessible to aid workers and the media, making it difficult to get a full picture of the toll of the fighting and current conditions on the ground.

Ethiopia “should promptly allow UN investigators into Tigray to document the conduct by warring parties in a conflict that has devastated the lives of millions and should no longer be ignored”, Bader said. 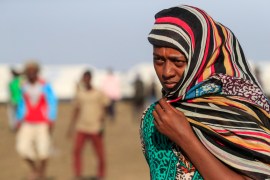 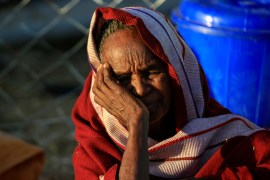 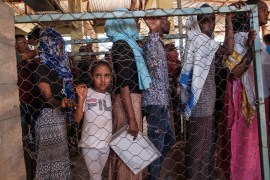