A United Nations convoy has been attacked on the outskirts of Afghanistan’s capital Kabul, with unidentified gunmen killing five Afghan security force members who were escorting the international agency’s vehicles.

An Afghan interior ministry official said the Taliban was believed to be behind the attack in the Surobi district of the province about 60km (37 miles) east of Kabul, but the armed group denied involvement.

The UN convoy came under fire in the Tang-e Habreshim area, killing a driver whose vehicle then veered off the road into a river, leaving four other occupants dead as well, said another official who was not authorised to speak with media.

The United Nations Assistance Mission in Afghanistan (UNAMA) said in a statement on Twitter that “the UN family in Afghanistan mourns the loss of five Afghan Directorate of Protection Service personnel in an incident today”.

“No UN personnel were hurt or vehicle affected in an attack which hit a DPS vehicle that was escorting a UN convoy,” the UNAMA said in the statement.

The UN family in #Afghanistan mourns the loss of five Afghan Directorate of Protection Service personnel in an incident today in Surobi District of Kabul. No UN personnel were hurt or vehicle effected in an attack which hit a DPS vehicle that was escorting a UN convoy.

Attacks on international forces and foreign troops have been rare since the Taliban signed a troop withdrawal deal with the United States almost a year ago.

However, violence against Afghans has escalated around the nation even as the Taliban and the Afghan government hold peace talks in Qatar.

Near-daily deadly attacks with small, magnetic bombs attached to the undercarriages of vehicles, as well as roadside explosive devices and shootings, are unnerving Afghan officials, activists and journalists.

Officials say that peace talks have largely stalled as the violence rises and US President Joe Biden’s administration reviews how to handle the peace process. 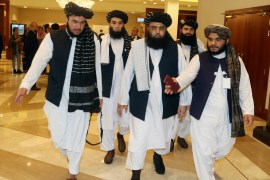 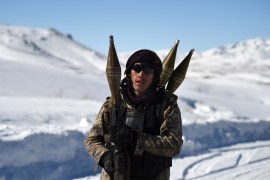 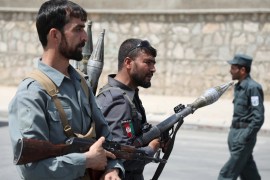