Inside the underground mall adjacent to Taipei’s renowned Lungshan Temple, a chubby white bird pecks at a box of orange and red envelopes under the watchful gaze of his owner Chin-yuan Chang.

He picks at one and then another and finally decides on an orange envelope, which he pulls out with his small beak.

Chang opens the envelope to pull out a card and lays it out next to two others to form a triptych of predictions for the world in the upcoming Year of the Ox, which officially begins on Friday.

“This [first card] is good. It denotes upward movement. In terms of work, it means there will be an opportunity for promotion. Since we’re asking about the entire world, it means the whole economy will go up. However, as the economy improves you’ll have this [second card]. Things will get better but it won’t be easy. At every pass, there will be difficulties. Now for the final card …” Chang says and suddenly becomes agitated.

In front of her is a card depicting the “Two-Faced Blade Demon”, which stands for duplicity, treachery and double-dealing – perhaps a sign, she fears, of how the COVID-19 vaccine roll-out will end.

Chang is displeased with this ending and the birds are encouraged to pick an extra card.

The bird selects a card depicting a Song Dynasty tale of two star-crossed lovers with a happy ending and Chang appears relieved. Perhaps the Year of the Ox will prove better than the calamitous Year of the Rat, whose arrival last January inadvertently spread COVID-19 around the world as tourists from Wuhan, where the outbreak was already accelerating, flew overseas to celebrate the holidays.

By this Sunday, the third day of the new year holiday, Chang expects the shopping mall will be filled with Taiwanese asking similar questions of herself and other fortune-tellers; a key part of the traditional festivities.

Known to many in the West as “Chinese New Year,” the start of the Lunar New Year is celebrated across Asia, from Japan to Southeast Asia and among the Asian diaspora in places like London, New York, Vancouver and Melbourne.

In Taiwan, where most of the island’s non-indigenous population traces its roots back to China, many people practice traditional Chinese customs, including those that were largely destroyed during the Cultural Revolution in the mainland of the 1960s and 1970s.

Worldwide, however, preparations will include customary house cleaning before travelling home to attend a family feast, known as the reunion dinner, on the eve of the new year. In China, the holiday typically marks the largest annual human migration in the world and a big boom time for tourism, but this year’s celebrations in China and elsewhere will be more muted with travel restrictions and limits on public gatherings in place.

In Taiwan, however, where COVID-19 has been largely contained, the Lunar New Year will continue largely unchanged from years past with train tickets sold out and shrines to popular gods filled with new year’s offerings of food, flowers and incense.

For those seeking their fortune for the upcoming year, they may rely on methods dating back hundreds if not thousands of years, but their questions, said Chang, are often decidedly modern.

One of the most popular queries is for investment advice, particularly the fate of TSMC, Taiwan’s top chip manufacturer, whose shares have rallied over the past year.

Other questions, though, are more standard, such as predictions for marriage and romantic relationships.

For those who want to avoid holiday crowds and the still-lingering threat of COVID-19, predictions for the upcoming year are also printed in newspapers and special new year’s magazines available at most convenience stores.

Newspapers, however, also include advice for world leaders including Taiwanese President Tsai Ing-wen, born under the monkey sign of the zodiac, who may have  “a lucky year with help from friends” and Chinese President Xi Jinping, a snake, who could see “opportunities for development and making money, but both allies and enemies will appear at the same time,” according to Wealth Magazine.

The left-leaning Apple Daily, the Hong Kong-based newspaper, predicted that COVID-19 would ease by March 20 when the economy will begin to recover and advised praying to the earth god for luck, while the right-leaning China Times recommended readers buy high-yield bonds, Japanese yen and US dollars.

At her cubicle at Lungshan Temple, Chang said the Year of the Ox will be a challenging one worldwide, including for investors, but it should end on a higher note than it began.

And things might begin to turn around in a few months’ time.

“There will be many difficulties that need to be overcome and this will lead to everyone locking horns to get things, to get money. People may get hurt. Because business is so bad now, every industry is doing poorly. There will be conflicts between people. This is relatively bad,” she said.

“In economic terms, everyone’s business will be all right. Everyone will be able to make money. Each card corresponds to a month, so around mid-June things will begin to get better.” 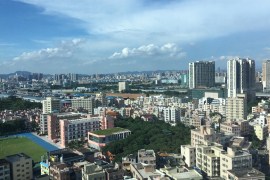 China’s development brought ‘unimaginable change’ to Shajing but efforts are now being made to preserve its culture. 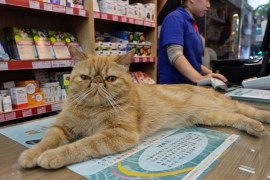 Kids on pause: Why young people in Taiwan prefer pets

Demands of traditional culture mean young people in Taiwan find it easier to keep pets than marry and have children. 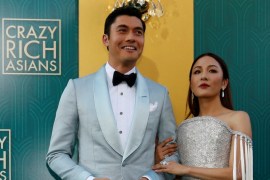 Why Crazy Rich Asians was a box-office flop in China

Major international hit tanks in China, underscoring for some the divide between Chinese motherland and Asian diaspora. 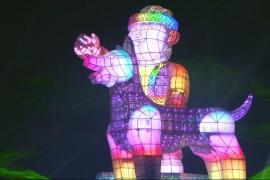 Six Asian cities are displaying their creations at this year’s sky lantern festival in the district of Pingxi, near Taipei, in Taiwan. The event attracts millions of visitors from around the world.