Zara Mohammed, 29, was on Sunday voted to lead the Muslim Council of Britain (MCB) during the organisation’s annual general meeting, held virtually this year due to the COVID-19 pandemic.

She is also the youngest person to head the MCB, which was founded 24 years ago.

Mohammed will hold the secretary general post for a two-year term.

Mohammed, who holds a Master’s degree in human rights law, said it was an “honour” to be the first woman to take the reins at the MCB, whose member organisations include mosques, schools, charitable associations and professional networks.

“My vision is to continue to build a truly inclusive, diverse and representative body; one which is driven by the needs of British Muslims for the common good,” she said in a statement following Sunday’s vote.

Mohammed said she hoped her election would “inspire more women and young people to come forward to take on leadership roles”.

“They are the future of this organisation and our society,” she said.

Mohammed succeeds Harun Khan, the MCB’s outgoing secretary general. Khan had completed a maximum of four years as the head of the organisation, which was founded in 1997.

“I wish the very best of success to Ms. Zara Mohammed – may she continue to lead this organisation to greater heights for the betterment of our communities across the country,” he said in a statement.

Mohammed’s appointment was also welcomed by officials from across the political spectrum in the UK.

Sadiq Khan, the mayor of London and a member of the main opposition Labour Party, tweeted Mohammed’s victory was “terrific” news.

Baroness Warsi, a member of the House of Lords and former chairman for the ruling Conservative Party, praised Mohammed’s rise to the top of the MCB as a “huge moment”.

“Every day I am reminded that the real powerhouse in our communities are its women,” she tweeted.

The UK is home to more than 3.3 million Muslims, according to the Office for National Statistics – about five percent of the overall population. 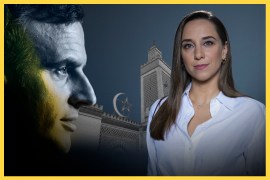 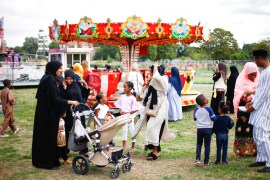 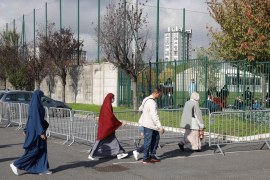 ‘Islam’ is not in crisis, liberalism is

When the whole world is facing unprecedented upheaval, it is astonishing to suggest ‘Islam’ alone is in crisis. 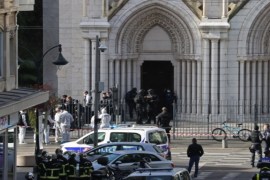 Can rift between Western leaders and Islam be bridged?

Another attack has taken place in France as the country faces growing Muslim rage.