Four Italian politicians have accused Croatian police of trying to prevent them from accessing an area on the border with Bosnia and Herzegovina over the weekend, amid concern over the treatment of refugees in the region.

The legislators, all Members of the European Parliament (MEPs) from Italy’s Democratic Party (PD), had intended to reach the area between Croatia, an EU member state, and Bosnia, to investigate the conditions faced by asylum seekers there.

Piero Bartolo, Brando Benifei, Pierfrancesco Majorino, and Alessandra Moretti say they were refused access to the border point on Saturday.

According to reports citing Benifei, the MEPs were prevented from reaching the border after “dozens” of Croatian police set-up a “human barrier” on the road leading to the checkpoint.

“The Croatian police were waiting for us and set up a barrier,” Benifei said in a video recorded at the scene, published online by Italy’s Avvenire newspaper.

“We decided to walk through but dozens of threateningly armed policemen formed a human barrier preventing us from passing.”

The MEPs later crossed into Bosnia and Herzegovina and made their way to Bihac, a town on the country’s border with Croatia.

They visited the former site of the Lipa refugee camp, which was gutted by a fire last month, leaving hundreds without shelter in freezing winter conditions.

There are growing fears of a brewing refugee crisis in Bosnia, with many reporting respiratory problems as they lack proper shelter and access to basic sanitation and healthcare.

Meanwhile, refugees and aid agencies have repeatedly accused Croatian police of using violence to push people back over the border into Bosnia, which is not part of the EU.

European Parliament President David Sassoli said he was “astonished” by the treatment of the MEPs.

“We always hope for friendly cooperation. We call for their requests to be met,” he tweeted.

Nicola Zingaretti, the secretary of PD, described the incident as “very serious” as she called on the EU to take action.

Bozinovic told reporters at a news conference that no one was permitted to cross between Croatia and Bosnia at any location other than official border points, EURACTIV reported.

As temperatures freeze, refugees are stuck living in the woods and in makeshift tents preparing to cross borders. 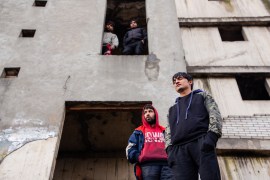 Temperatures are freezing in Lipa village, where hundreds who lack shelter and heating have respiratory infections. 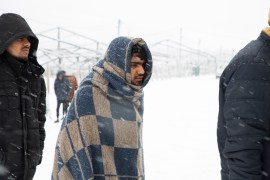 EU foreign policy chief Josep Borrell says Brussels is ready to add another 3.5 million euros to its support in Bosnia. 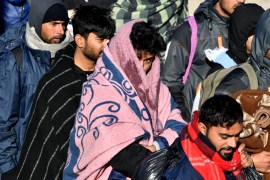 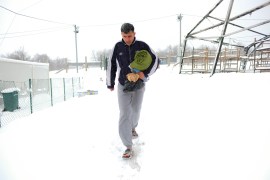