A surge in clashes between rival armed groups aligned with government and opposition forces in South Sudan this year has killed dozens of civilians and unleashed “unimaginable violence” that could amount to war crimes, according to Amnesty International.

In a new report on Thursday, the rights watchdog said fighters on all warring sides indiscriminately razed entire villages during an upsurge in fighting between June and October in Western Equatoria state that also forced tens of thousands to flee.

Amnesty said it documented potential war crimes and other violations committed by the fighting sides against members of the Azande and Balanda communities.

“A trail of death, destruction and division ensued after politicians whipped up ethnic hatred and mobilised youth to fight. The testimonies we have gathered speak of unimaginable violence, including civilians killed as they fled and bodies set on fire and mutilated,” said Deprose Muchena, Amnesty’s director for East and Southern Africa.

“That the attacks not only involved local groups, but also fighters affiliated to government and opposition forces, indicates this is much more than inter-communal violence,” Muchena added. 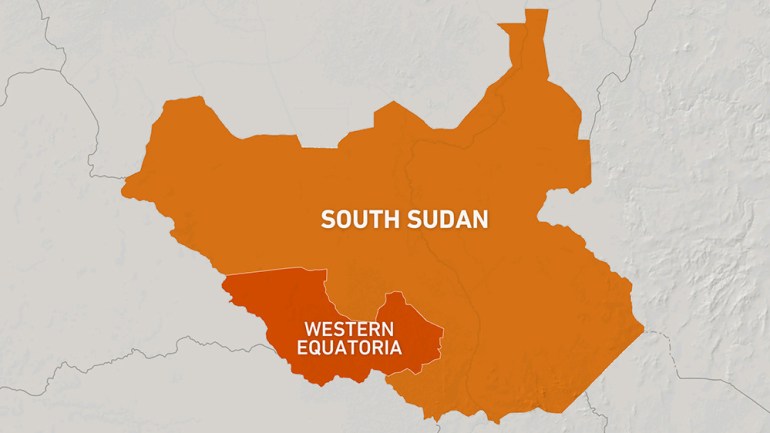 Oil-rich South Sudan gained independence in June 2011 but has been engulfed in ethnic violence since December 2013 when forces loyal to President Salva Kiir started battling those loyal to his deputy, Riek Machar.

Kiir, an ethnic Dinka, had earlier dismissed Machar, who belongs to the Nuer ethnic group, in a cabinet “reshuffle“.

Numerous attempts at peace failed, including a deal that saw Machar return as vice president in 2016 only to flee months later amid renewed fighting.

A second peace deal signed in 2018 has largely held, with warring parties forming a coalition government last year – and Kiir and Machar trying for a third time to run the country as president and vice president. But the government has failed to achieve many reforms, including completing the unification of the army command, graduating a unified force and reconstituting the Transitional National Legislative Assembly.

According to Amnesty, the recent violence in Western Equatoria can be traced to the allocation of the state to the SPLM-IO in May 2020 as part of a power-sharing agreement following the most recent peace deal. Machar’s subsequent appointment of a governor angered key figures in the political elite among the Azande community, it said.

In its report, Amnesty said it spoke to survivors who gave harrowing accounts of escaping indiscriminate gunfire that lasted for hours and of entire neighbourhoods being set alight.

“They ordered us to sit down and said they were going to slice us like a pumpkin,” a 41-year-old Azande woman told the rights group.

She said the fighters had tied their hands behind their backs and placed her 18-month-old son next to her. One of the fighters “put his leg on [my sister’s] head and cut her neck with a knife,” she said. She and her son were spared when pro-Azande forces arrived and started shooting at the men holding them.

Another woman, a 20-year-old from the Balanda community, described how three Azande-speaking armed men wearing face coverings showed up at her house in Tambura town at night on September 2 and killed her 27-year-old husband as she and their three-year-old daughter watched.

“I, my husband and child were sleeping … One of them came in and took my husband out by force… they sat him near the door and shot him … in front of me. My husband fell down,” she said.