An Israeli air raid has struck Syria’s Mediterranean port of Latakia for the second time this month, causing “significant material damage”, according to Syrian state media.

“At around 3:21am (05:21 GMT), the Israeli enemy carried out an aerial aggression with several missiles from the direction of the Mediterranean … targeting the container yard in Latakia port,” SANA state news agency cited a military source as saying on Tuesday.

Live footage aired by state television showed flames and smoke in the container terminal. Later on Tuesday, the Syrian government’s media office said emergency services brought under control fires that had broken out in the port’s container storage area.

The missile attack also wrecked the facades of a hospital, some residential buildings and shops, according to SANA.

There were no immediate reports of casualties from the attack, which activated Syrian air defences, it said. 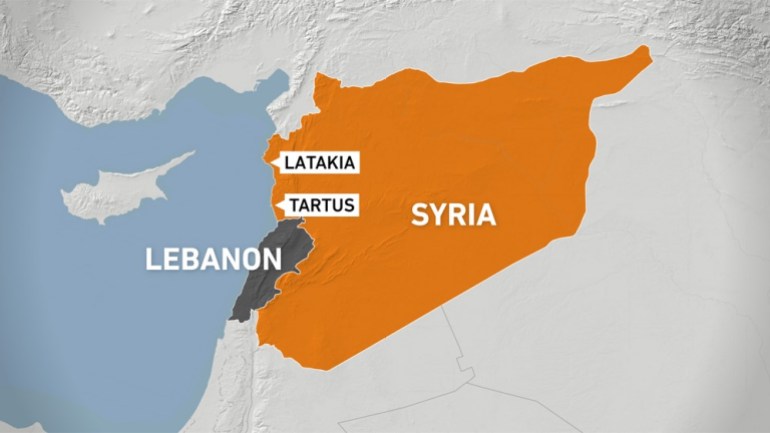 Since the outbreak of Syria’s war in 2011, Israel has routinely carried out air raids on its strife-torn neighbour, mostly targeting Syrian government troops as well as allied Iran-backed forces and fighters affiliated with the Lebanese Hezbollah group.

A reporter for the state-run Al-Ikhbariyah TV in the area said the explosions could be heard in Tartus, another coastal city more than 80km (nearly 50 miles) south.

Asked about the raid, an Israeli army spokesman said: “We don’t comment on reports in foreign media.”

Russia, which has been President Bashar al-Assad’s most powerful ally during the war, alongside Iran, operates an airbase at Hmeimim, some 20km (12 miles) south of the city.

On December 7, Israel carried out raids on the port in Latakia, located in al-Assad’s western Syrian heartland, without causing any casualties.

That earlier attack, which was the first on the facility since the start of the war, targeted an Iranian arms shipment and triggered a series of explosions, according to the Syrian Observatory for Human Rights, a UK-based monitor with a wide network of sources in Syria.

In November, three soldiers and two Syrian fighters affiliated with Hezbollah were killed in Israeli raids, according to the monitoring group.

While Israel rarely comments on individual attacks it carries out on its northern neighbour – with which it is officially at war – it has confirmed hundreds since 2011.

According to a report by the Israeli army, it hit about 50 targets in Syria in 2020.

In the deadliest operation since the raids began, Israel killed 57 Syrian government soldiers and allied fighters in eastern Syria overnight on January 13, 2021.

In a shadow war, Israeli forces have targeted Iran’s military sites in Syria and also carried out a sabotage campaign inside the country against its nuclear programme.

Iran has been a key supporter of al-Assad in the conflict. It finances, arms and commands a number of Syrian and foreign militia groups fighting alongside the regular armed forces, including Hezbollah.

The war in Syria has killed hundreds of thousands of people since it started a decade ago with the brutal repression of peaceful demonstrations.