A two-year-old boy bawls as his mother gently lays him on scales at a health centre in northwestern Central African Republic, where an unprecedented food crisis looms.

“I can tell he’s not well because he cries all the time and doesn’t play any more.”

Civil war has raged since 2013 in the poverty-wracked nation of almost five million people, displacing hundreds of thousands from their homes and sparking a major humanitarian crisis.

The president declared a unilateral ceasefire in October after gains against the rebels, but with insecurity persisting in the northwest of the country, many still struggle to feed themselves there.

“It’s linked to poverty and insecurity,” he says. “The conflict prevents residents from growing crops and it’s difficult to earn an income.” 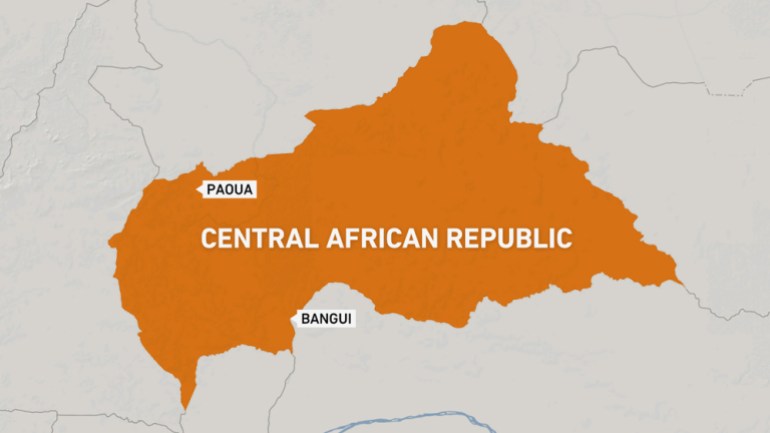 At the health centre in Paoua, a town some 500km (300 miles) northwest of the capital Bangui, desperate mothers have brought their children to be examined.

Many hope for some pasta sachets provided by the United Nations’ food agency, the World Food Programme (WFP).

Among the crowd, a half-starved baby girl cries, but her malnourished mother’s breast milk is no longer enough to sate her.

A nurse measures the arm of 12-month-old Severine – just 1.5cm (0.6 inches) in diameter, and far too little for an infant her age.

Modeste Loyo Motayo, who heads the health centre in the town of 47,000 inhabitants, says hunger is the most common ailment among patients.

The WFP estimates 42 percent of Central Africans, on average, struggle to access enough food on a daily basis, a percentage it predicts will increase next year.

But the food crisis is more acute in the northwest of the country bordering Chad, which is still the scene of regular clashes between rebels and government forces.

In the region of Ouham-Pende around Paoua, 61 percent of people are suffering a serious food crisis, the UN food agency’s Mahoua Coulibaly says.

These days, a handful of meagerly stocked stalls make up Paoua’s central market. Fruit and vegetables are scarce as insecurity disrupted supplies.

“How will the people get by?”

In December 2020, rebels launched a new offensive against President Faustin-Archange Touadera’s regime on the eve of presidential elections.

But just last month, fighting in the country’s northwest killed about 30 civilians and two soldiers.

The authorities blamed the violence on the 3R group, which last year controlled two-thirds of the country’s territory.

The embattled rebels have scattered in the bush, pushing many rural inhabitants to seek refuge in Paoua or other towns.

In Paoua’s neighbourhood of Bimbi, about 20 internally displaced people share a modest meal – a small saucepan of cassava leaves.

Simplice Massemba points to the cramped room where he sleeps with seven others after 3R attacked his village.

“They killed residents and took our homes. We fled without taking anything with us,” he says.

Like more than 100 other displaced people in the area, they have found refuge with a host family, but he says there is not enough space to accommodate them all.

“Many have to sleep on mats outdoors,” he says.

More than 600,000 people have been displaced from their homes by conflict in the Central African Republic, UN humanitarian agency OCHA says.

By Massemba’s side, Michel Gotto, a 77-year-old village chief uprooted by a rebel attack, struggles to stay standing.

“I was in the field with my children when the 3R rebels came and tortured us,” he says. “I just want to go back home.”