Palestinians facing forced displacement from a flashpoint neighbourhood in occupied East Jerusalem have rejected a deal that would have seen them accept the temporary ownership of their homes by an Israeli settler organisation.

The four families in the Sheikh Jarrah neighbourhood near Jerusalem’s Old City said their decision on Tuesday springs from “our belief in the justice of our cause and our right to our homes and our homeland”.

They said that rather than submit to an “unjust agreement”, they would rely on the “Palestinian street” to raise international awareness of their plight.

The long-running case has been a regular source of tension across the occupied territories of East Jerusalem and the West Bank. Protests earlier this year over the case helped trigger an 11-day war between Israel and Palestinian armed groups in Gaza.

In October, Israel’s Supreme Court proposed a deal that would have seen four Palestinian families remain in their homes for 15 years as “protected tenants” while paying rent to settlers who have claimed the land.

The court gave the families until November 2 to decide whether to accept.

“We unanimously rejected the settlement offered by the occupation (Israeli) court,” Muna el-Kurd, one of the Palestinians facing eviction, said at a news conference.

“This refusal comes from our faith in the justice of our case and our rights to our homes and homeland,” said el-Kurd, wearing a jacket embellished with the words “No Fear”. She was flanked by other residents.

A statement from the families in Arabic and English was circulated on social media, saying the Israeli judiciary is forcing them to “choose between our own dispossession or submitting to an oppressive agreement”.

Statement from the families of Sheikh Jarrah pic.twitter.com/737MFmUwyW

The deal would have required the Palestinians to recognise the settlers’ ownership claims on land their families have lived on for generations – a condition they have long rejected. It also would have granted them the right to prove ownership in the future.

The deal “could have given the Palestinian families the relative potential security – in some people’s estimation – of being able to stay in their homes,” Al Jazeera’s Harry Fawcett said, speaking from the Sheikh Jarrah neighbourhood.

“However, what it didn’t give them is what they have been fighting for in the Israeli courts for so long, which is recognition of their ownership of this land.”

The four families are among dozens in Jerusalem who are threatened with forced displacement by Jewish settler organisations in several cases that have been working their way through the Israeli court system for decades.

The settlers are making use of an Israeli law that allows them to claim properties that were owned by Jews prior to the 1948 war that led to Israel’s creation. Palestinians who lost homes, properties and lands in the same conflict do not have the right to recover them.

There was no immediate comment from the settlers, but Jerusalem Deputy Mayor Arieh King, a staunch supporter of the settlers, said they had accepted the offer.

The families, who were originally forced from cities and towns in 1948, say the Jordanian government granted them the land in the 1950s on which their homes were later built-in exchange for their refugee status, after Jordan assumed control of the West Bank and East Jerusalem in 1948. They have been living there ever since.

Settlers claim the land is theirs and presented 19th-century documents as evidence in Israeli courts.

However, Palestinians have argued that the documents are fabricated, and have expressed no faith in the Israeli legal system, which they say favours Jewish Israelis.

Israel has portrayed the matter as a private real estate dispute, but the Palestinians and human rights groups view it as a coordinated attempt to push Palestinian residents out of Jerusalem, erase their presence, and change the city’s identity. The United States has spoken out against the case, saying it undermined efforts to eventually revive the long-dormant peace process.

According to Fawcett, the Israeli court has few options.

“Israel does apply its own law in East Jerusalem because it sees it as part of its own territory, and so the Supreme Court doesn’t have much room for manoeuvre,” Fawcett explained.

“It seems to do anything other than recognise ownership of the land as that being of the Israeli settler group, and therefore enforcing an eviction. If it does rule in that way, the ball is in the Israeli government’s court. It may want to put off any forcible displacement for some time, but from that moment on, the families will be living on borrowed time.”

The families, he added, said it will then be up to popular resistance and international pressure to ensure their rights are upheld.

Israel captured East Jerusalem, along with the West Bank and the Gaza Strip, in the 1967 war. The Palestinian leadership wants all three territories to form their future state, with East Jerusalem as its capital.

Israel annexed East Jerusalem shortly after the 1967 war and considers the entire city to be its capital, a claim not recognised by most of the international community.

The threatened evictions were one of the main drivers of protests that erupted in Jerusalem in April and May.

A ruling on the families’ fate has been repeatedly delayed since May, after the case garnered international attention and the “#SaveSheikhJarrah” hashtag gained momentum overseas.

Israeli rights group Ir Amim has said the Israeli government has various tools at its disposal to delay or halt the evictions, but so far it has shown no indication it plans to do so. 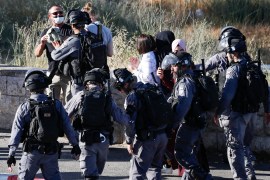 Verdict expected in hearing that could lead to Palestinians being forcibly displaced in favour of Jewish settlers. 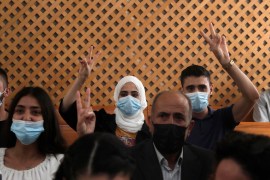 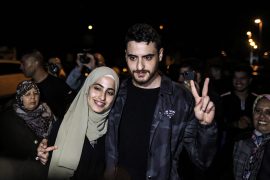