Tim Paine has quit as Australian Test cricket captain over an explicit “private text exchange” with a female colleague – a bombshell announcement just weeks before the Ashes series begins against archrivals England.

“Today, I’m announcing my decision to stand down as the captain of the Australian men’s Test team,” said an emotional Paine on Friday, as he recounted a years-old scandal that is only now coming to light.

Breaking down in tears while reading from a statement in Hobart, Paine said he was cleared by a Cricket Australia Integrity Unit investigation but his actions did not meet the standards of an Australian cricket captain or the wider community.

“Nearly four years ago, I was involved in a text exchange with a then-colleague,” Paine, 36, said, referring to what Australian media reported to be a series of sexually graphic exchanges with a female co-worker.

“I recently became aware that this private text exchange was going to become public. On reflection, my actions in 2017 do not meet the standard of an Australian cricket captain, or the wider community,” he said.

“I’m deeply sorry for the hurt and pain that I have caused to my wife, my family, and to the other party. I’m sorry for any damage that this does to the reputation of our sport.”

While Paine said he would be stepping down from a role that was the “greatest privilege” of his life, he insisted he still plans to play in the upcoming series against England.

“I will remain a committed member of the Australian cricket team and look forward with anticipation to what is a huge Ashes tour,” he said.

The Tasmanian batsman-wicketkeeper took over the Test captaincy in 2018 in the wake of the Sandpaper-gate ball-tampering scandal that rocked Australian cricket.

Previous captain Steve Smith and his deputy David Warner were forced to step down for their roles trying to alter the ball with sandpaper during a Cape Town Test.

They were suspended for a year from all cricket and stripped of their leadership roles, paving the way for Paine to take up the captaincy.

In a statement, Cricket Australia said it had accepted Paine’s resignation, and the board would “now work through a process … of identifying and appointing a new captain”.

Cricket Tasmania said it believed the “interaction was consensual, private” and took place “between mature adults”.

Cricket Australia chair Richard Freudenstein confirmed that it had investigated the matter at the time and found that there was no wrongdoing.

A few months later selectors went on to appoint Paine as captain of the scandal-ridden team regardless.

“While the board acknowledges an investigation cleared Tim of any breach of the code of conduct regarding this matter some years ago, we respect his decision,” Freudenstein said.

Cricket Australia “does not condone this type of language or behaviour. Despite the mistake he made, Tim has been an exceptional leader since his appointment and the Board thanks him for his distinguished service”. 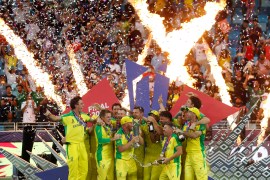 A look at the highs and lows of the T20 World Cup that was won by Australia on Sunday. 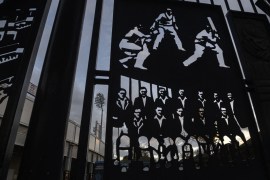 The Stream discusses how ethnic minorities are treated in the sport. 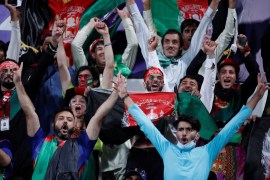 ICC forms group to assess the future of cricket in Afghanistan

The cricket governing body will be deciding whether Afghanistan can continue as a full member under Taliban rule.