Deforestation in Brazil’s Amazon rainforest soared 22 percent in one year to the highest level since 2006, according to the government’s annual report, undercutting President Jair Bolsonaro’s assurances that the country is curbing illegal logging.

Brazil’s space research agency (INPE) said on Thursday that the country had recorded 13,235sq km (5,110 square miles) of deforestation in the world’s largest rainforest in its PRODES satellite data – an area nearly 17 times the size of New York City.

The official deforestation data covers a period from August 2020 through July 2021.

The surging destruction comes despite Bolsonaro’s efforts to show his government is serious about protecting the Amazon, considered a critical bulwark against catastrophic climate change.

The far-right former army captain still calls for more mining and commercial farming in protected parts of the rainforest.

At the United Nations climate summit in Glasgow this month, COP26, Brazil’s government brought forward a pledge to end illegal deforestation by 2028, a target that would require aggressive annual reductions in the destruction.

The INPE report, dated October 27, showed deforestation rising in each of the last four cycles – a first for the data series since at least 2000.

“Notice the date on the INPE note. The government went to COP26 knowing the deforestation data and hid it,” Brazilian advocacy group Climate Observatory wrote on Twitter.

In the run-up to the summit, Bolsonaro’s government had touted preliminary monthly data pointing to a slight decline for the annual period as evidence it was getting deforestation under control. The more refined final data instead showed a dire picture.

“The numbers are still a challenge for us and we have to be more forceful in relation to these crimes,” Environment Minister Joaquim Pereira Leite said at a news conference on Thursday.

He told reporters the data did not reflect recently stepped up enforcement against illegal deforestation, while conceding the government must be more forceful in fighting destruction.

“What the reality shows,” he said, “is that the Bolsonaro government has accelerated the course of the Amazon’s destruction.” 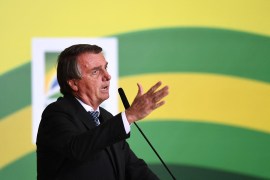 Brazil’s Bolsonaro hits out at ex-minister-turned-rival 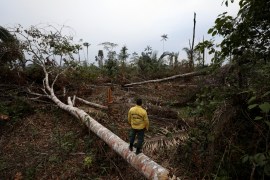 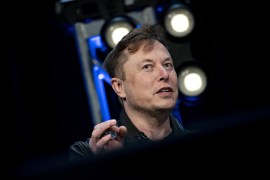 Musk in talks with Brazil on monitoring Amazon rainforest