Tehran, Iran – The UN’s nuclear watchdog has reported that Iran has boosted its stocks of enriched uranium, days before scheduled talks in Vienna to restore Iran’s 2015 nuclear deal.

The agency said it estimated Iran’s stockpile of highly enriched uranium at 2,489.7 kilogrammes (4,488.8 pounds) – several times more than the cap agreed in the Joint Comprehensive Plan of Action (JCPOA), the official title of the nuclear deal.

Grossi will land in Tehran on Monday and hold his first meeting with Iran’s new foreign minister, Hossein Amirabdollahian, a day later, the office said in a statement.

He was also scheduled to meet Iran’s nuclear chief Mohammad Eslami, but no meeting has been announced with President Ebrahim Raisi.

The director of the global nuclear watchdog had previously said he finds it “astonishing” that he has yet to meet and discuss several outstanding disputes with top Iranian officials, months after Raisi’s administration was formed.

The most immediate issue appeared to be activities at a centrifuge parts production site in Karaj, which has been unmonitored by the IAEA since June, when Iran said a sabotage attack by Israel considerably damaged the facility, including IAEA cameras.

Iran and the agency reached an agreement in September over monitoring activities, which averted the possibility of Iran being censured by the United States and its European allies at the Board of Governors (BoG) meetings of the agency, which could negatively affect the prospects of nuclear deal talks in Vienna. Grossi’s meeting with Amirabdollahian next week comes a day before the next BoG meetings, and could similarly avert the possibility of censure.

However, the two sides were at odds later in September when Iran said its judiciary and security forces were still investigating the Karaj site and no one could access it.

In a separate report on Wednesday, the IAEA said it “categorically” denied that its cameras were used to mount the attack on the Karaj site after Iran said it was investigating that possibility.

Iran and the P4+1 – China, France, the United Kingdom, Russia, and Germany – will once more head to the Austrian capital on November 29 to resume talks that were halted in June to allow Raisi to form his government. The US which unilaterally abandoned the nuclear deal in 2018 and imposed sanctions on Iran, will participate indirectly.

The talks are expected to be complicated as Raisi’s administration has said Iran wants all imposed US sanctions – including those with “terrorism” or human rights designations – lifted, and requires a guarantee that the US will not abandon the deal again in the future.

The US, meanwhile, has maintained that it is only willing to lift sanctions that are “inconsistent” with the Joint Comprehensive Plan of Action (JCPOA), as the deal is formally known.

On Tuesday, Raisi had a phone call with Russian President Vladimir Putin, in which he said Iran is “serious” about lifting US sanctions through the Vienna talks.

China and Russia are expected to play a bigger role in the upcoming talks, and their top respective negotiators in Vienna held a virtual meeting with their Iranian counterpart on Monday. 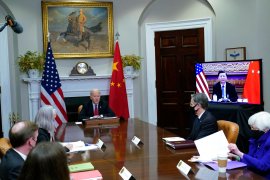 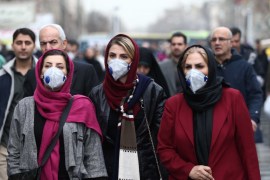 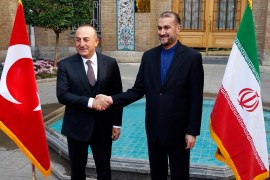