Cuban dissident, playwright and activist Yunior Garcia has escaped Cuba following a government crackdown on protests in Havana and flown to Spain, according to reports.

Garcia and his wife landed at Madrid’s Barajas airport on Wednesday afternoon, a Spanish government official told news services, putting an end to uncertainty over his whereabouts

“We confirm that he has arrived with his wife, on a tourist visa,” a government source told Agence France-Presse.

Garcia, 39, is the founder of opposition group Archipelago and was a central figure in major protests that rocked Cuba in July. The protests against shortages of basic goods and curbs on civil liberties were Cuba’s largest in decades.

Cuba’s government has responded with a harsh crackdown and arrested hundreds. This week, a planned demonstration in the capital Havana on November 15 was thwarted as opposition leaders were detained and security forces flooded the streets.

Garcia had intended to march through the centre of Havana with a white rose in hand, to draw attention to the non-violent nature of the protest movement.

But Garcia’s home in Havana was surrounded by state security and government supporters and by the day of planned protests, his neighbourhood was largely quiet.

Fellow activists on social media had said they had not heard from him since Tuesday morning.

The Spanish newspaper El Pais quoted sources close to Garcia saying he left due to the “brutal police pressure” he had suffered in recent weeks ahead of the planned demonstration.

“I know that they are going to do everything possible to prevent me from being there. Of course, they are going to try to arrest me. They will maybe set up surveillance outside my home to keep me from leaving,” Garcia had told AFP in an interview in Cuba last month.

US Secretary of State Antony Blinken on November 15 condemned what he called intimidation tactics from the Cuban government.

“We urge the Cuban government to reject violence, and instead, embrace this historic opportunity to listen to the voices of their people,” Blinken said.

Archipelago on Tuesday tried to continue demonstrations for 10 days, despite government crackdowns that have prevented gatherings. It called on its members to protest individually by wearing white, creating personal videos and banging pots and pans at night until November 27. 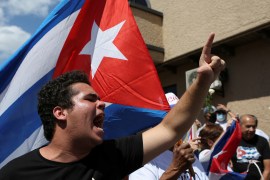 Archipelago says more than 100 people were detained on Monday as security forces prevented protesters from gathering. Prominent dissidents say they were confined to their homes as police flooded the streets to head off planned protests. 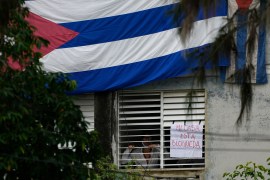 Havana has banned Monday’s planned march, which comes after rare demonstrations broke out in the island country in July. 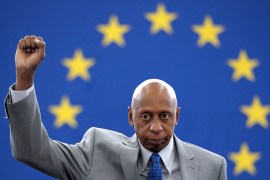 Guillermo Farinas was arrested on Friday, his family said, three days before opposition figures plan to hold a protest.