Correction16 Nov 2021
A previous version of this story referred to the Chinese foreign minister as Wang Yang. It has now been corrected.

Tensions in the Taiwan Strait are expected to headline a virtual meeting between US President Joe Biden and Chinese President Xi Jinping as both sides fire diplomatic shots about the status of Taiwan as well as other issues from the US-China trade war to the 2022 Olympics.

The 23.5-million person democracy claimed by Beijing was highlighted by Chinese Foreign Minister Wang Yi as a key point of contention in a call with US Secretary of State Antony Blinken ahead of the virtual Biden-Xi meeting on Monday evening.

Wang reportedly warned the US to not support “Taiwan independence” while Chinese state media followed suit on Monday with a China Daily editorial calling for the US to abide by the “One China Principle”, Beijing’s policy stating that there is one sovereign state of China, including Taiwan.

The Global Times said US officials last week had crossed a “red line” and were colluding with Taiwanese President Tsai-Ing Wen. Since entering the White House in January, the Biden Administration has been notably outspoken in its support for Taiwan compared with past Democratic presidencies.

Blinken said last week the US and its allies would “take action” to defend Taiwan in one of Washington’s strongest warnings yet. The US and Taiwan maintain no official diplomatic links but the US has pledged to “make available” support to enable Taiwan to defend itself under a 1979 agreement.

While it is a longstanding issue between the US and China, tensions over the Taiwan Strait have risen further recently after China sent nearly 140 military planes – including 56 in a single day – towards Taiwan’s Air Defence Identification Zone (ADIZ) in early October.

Flights into the ADIZ have escalated since President Tsai took office in 2016, with a further spike over the past year. China could have the capacity to launch an attack on Taiwan by 2027, according to a Pentagon report (PDF) released last week.

“Current trends in the US, with more focused security ‘guarantees’ to Taiwan (if implicit), are a major impediment to China succeeding in convincing Taiwan that it has no choice but to capitulate,” he said.

“Xi will therefore seek signals [from Biden] which can be exploited for such propaganda efforts; whether Biden will give him that is very much in question. I doubt that he will.”

Taiwan, however, is just one predicted fault line in the Xi-Biden call on Monday as both countries are still in the midst of a trade dispute – begun under former President Donald Trump – and have clashed on issues such as human rights and political repression in Xinjiang, Tibet, and Hong Kong.

Concerns about China’s human rights record led the US State Department in April to hint at and then back away from a boycott of the Beijing 2022 Winter Olympics.

These comments may now place Biden in an uncomfortable position as Xi is expected to invite him to the Olympics, according to CNBC.

Whether personal contact between the leaders will have an impact on US-China policy is still uncertain, Matthew Goodman, an Asia adviser on the National Security Council during the Barack Obama and George W Bush administrations, told Reuters news agency.

“When it comes to US-China relations, the gaps are so big and the trend lines are so problematic that the personal touch can only go so far,” Goodman said, according to the newswire.

In the short term, both China and the US have shown that they can cooperate on issues like climate change, despite political tensions elsewhere. Last week, the two countries signed a surprise agreement at the COP26 United Nations climate summit in Scotland.

Monday’s meeting is the third call between Biden and Xi since the US president assumed office in January, although they have previously met in person while serving as vice presidents of their respective countries. They most recently spoke in September, a few weeks before tensions over Taiwan flared up.

Xi declined to attend COP26 as Beijing’s Communist Party prepares to host the Olympics and next year’s 20th Party Congress, where Xi is expected to be elected for an unprecedented third five-year term.

With reporting from Erin Hale in Taipei. 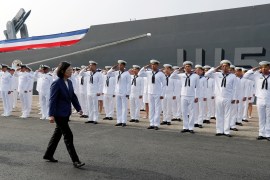 Taipei’s defence ministry registers 680 incursions in 2021, including three on Wednesday amid diplomatic rhetoric. 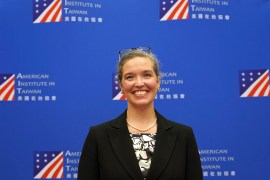 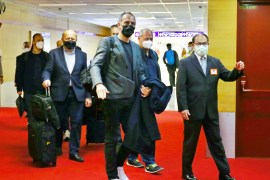 European legislators are in Taiwan to discuss its experience in fighting disinformation and interference in democracy.