Thousands of people have taken to the streets of Kinshasa, the capital of the Democratic Republic of the Congo (DRC), to protest against President Felix Tshisekedi’s move to install a close friend to head the country’s electoral commission.

Tshisekedi’s move last month came despite the objection of the political opposition and the influential Catholic and Protestant religious leaders.

Critics say Denis Kadima, the new head of the CENI (National Independent Electoral Commission), is corrupt and too close to the president.

“This is our country, and no one will stop us from claiming our rights,” one protester in Kinshasa told Al Jazeera.

“We refuse a politicised electoral commission. We want things to change in this country,” he added.

Protesters also held up banners with slogans such as, “Enough is enough” and “No to a politicised CENI”. “We want teachers to be paid,” said another, after strikes in the education sector.

Al Jazeera’s Malcolm Webb, reporting from the protests, said the demonstrators “are angry”.

“The appointment of the new electoral commissioner is seen by [protesters] to not be neutral … and biased in favour of President Felix Tshisekedi,” Webb said.

“They said this is all part of a process by which Tshisekedi is taking control of all the key institutions ahead of elections,” he added.

The next presidential election is set for December 2023.

Tshisekedi was elected in much-delayed elections in December 2018, which were peaceful but marred by accusations of fraud. He has said he intends to run again.

Some protesters called for the return of former President Joseph Kabila, who ruled the DRC for 18 years before Tshisekedi came to power in January 2019.

“We have to be clear if the president thinks that he will lead this country … to [a] fake electoral commission in 2023, then we will see what will happen. We don’t need him again, he has failed to lead,” a protester said. 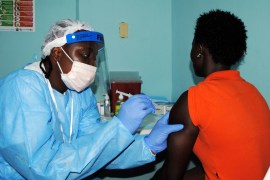 EU halts funds to WHO in DRC over sex abuse scandal

The EU was providing funding to World Health Organization programmes in the DRC aimed at tackling Ebola and COVID-19. 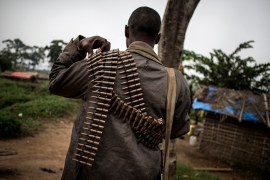 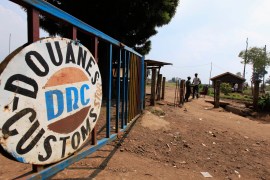 Overnight, Gunmen seize Tshanzu and Runyoni, the last redoubts of the M23 group before their defeat years ago.