Glasgow, Scotland – Crucial moves to head off the climate emergency – such as walking away from fossil fuels – remained on the table on Friday as climate negotiators zeroed in on a COP26 deal with only hours to go at the summit.

However, the latest draft for a final climate change agreement in Glasgow was inserted with caveats that “watered down” hard targets to cut greenhouse gas emissions, analysts said.

“But, having said that, there have been multiple caveats placed on it – enough that you can run a coal train right through it,” he added.

COP26’s first draft was released on Wednesday, raising hopes for real action as ending coal use and fossil fuel subsidies made it into UN climate text for the first time. Countries such as Saudi Arabia, Russia, and China have long fought to banish any such language.

One caveat inserted on Friday – which threatens the crucial goal to keep a 1.5-degrees Celsius (2.7-degrees Fahrenheit) temperature rise by the end of the century – was only old, outdated coal factories will be targeted for shutdown, not ones running on new technologies.

Another stipulation added from the previous draft communique was ending only “inefficient” fossil fuel subsidies. “As if there are efficient ones,” Merzian noted wryly.

“Unfortunately these are weasel words that allow countries to get away with it,” he said. “These are the caveats that we expected, but at least there is some placeholders in there to actually address fossil fuels.”

­­­­In terms of stronger targets for cutting greenhouse gas emissions by 2030 – a key demand at the climate talks – the language is totally absent, Merzian said.

What is needed, he added, is text that compels nations to clearly state their new emission-cut intentions – aligned with 1.5C – by next year.

“That is missing, that’s been watered down,” Merzian said.

Scientists say the planet needs hydrocarbon emissions to be extinguished by about 50 percent over the next eight years – otherwise keeping the 1.5C goal alive will be out of reach.

One positive addition to the final draft was on financial compensation for developing nations already dealing with myriad climate disasters and those on the way.

Rich nations – which caused the climate crisis by pumping vast amounts of greenhouse gases into the atmosphere since the Industrial Revolution – pledged years ago to pay $100bn annually to poorer ones hit hardest by climate chaos.

That promise has never been fulfilled. Friday’s draft text, however, outlined a fund for climate reparations and to help developing countries transition away from hydrocarbon energy, a welcomed move.

“I think it’s a step up in that we acknowledge the shortfall of $100bn, and we actually have a call to fully deliver it. That was a call very much missing from the previous text,” said Jennifer Tollmann from the European think-tank E3G.

She noted the need to double of funds to nations victimised by climate change to adapt to weather catastrophe was also inserted into the draft.

More powerful superstorms, ravaging floods, raging wildfires, and sea surges will intensify as the globe unrelentlessly warms in the decades ahead.

Tollmann said while it was positive that finance for climate-vulnerable countries was addressed, the broader issue is serious funding shortfalls.

Some observers say $100bn per year is a drop in the ocean compared with what nations really need to fight the worst climate change effects, and to move away from fossil fuels. According to estimates, anywhere from $300bn to $800bn annually is what is actually required.

“So will it be enough? When we actually step back, the reality is doesn’t fill the gap of what developing countries need to fully adapt and to fully transition [to green economies],” she said.

It remains to be seen if the current COP26 text will survive as is on Friday. Climate negotiating teams are expected to work into Saturday, perhaps even longer, to nail down a deal.

For vulnerable nations of the Global South, they can only hope any agreement signifies a serious commitment to finally address the dire climate situation, after 30 years of empty words from world leaders. 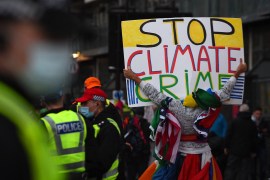 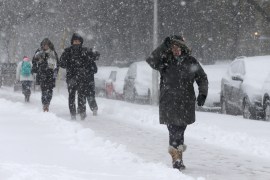 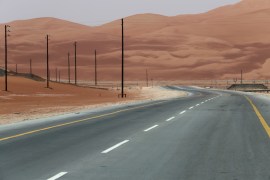 Extreme hotspot: What 60C means for the Middle East 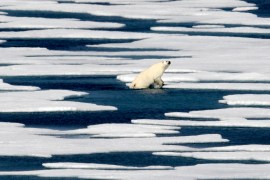 Experts say global emissions need to be cut now to limit the release of potent greenhouse gases from thawing permafrost.