One Ebola case has been confirmed in the Democratic Republic of the Congo (DRC) just five months after the latest epidemic of the disease in the country was declared over.

A three-year-old boy tested positive near the eastern city of Beni, one of the epicentres of the 2018-2020 outbreak, and died from the disease on Wednesday, Health Minister Jean Jacques Mbungani said in a statement on Friday.

It was not immediately known if the case was related to the 2018-2020 outbreak that killed more than 2,200 people in eastern DRC, the second deadliest on record, or the flare-up that killed six this year.

About 100 people, who may have been exposed to the virus, have been identified and will be monitored to see if they develop any symptoms, the statement added.

An internal report from DRC’s biomedical laboratory said that three of the toddler’s neighbours in Beni’s densely populated Butsili neighbourhood also presented symptoms consistent with Ebola last month and died, but none were tested.

The World Health Organization (WHO) released a statement saying that it was working with “health authorities to investigate the case”.

The #DRC Ministry of Health just announced that a new case of Ebola has been detected in North Kivu Province, where a previous outbreak was declared over 3 May 2021. @WHO is working with health authorities to investigate the case.

The DRC has recorded 12 previous outbreaks since the disease was discovered in the equatorial forest near the Ebola River in 1976.

It causes severe vomiting and diarrhoea, and is spread through contact with body fluids.

The disease reappeared in February in an area of North Kivu that, between August 2018 and June 2020, experienced the largest outbreak of Ebola in the history of the DRC – 3,470 infections and 2,287 deaths.

Health experts say it is not unusual for sporadic cases to occur following a major outbreak. Particles of the virus can remain present in semen for months after recovery from an infection.

The disease typically kills about half of those it infects although treatments developed in West Africa have significantly reduced death rates when cases are detected early.

Two highly effective vaccines have also been used to contain outbreaks since then. 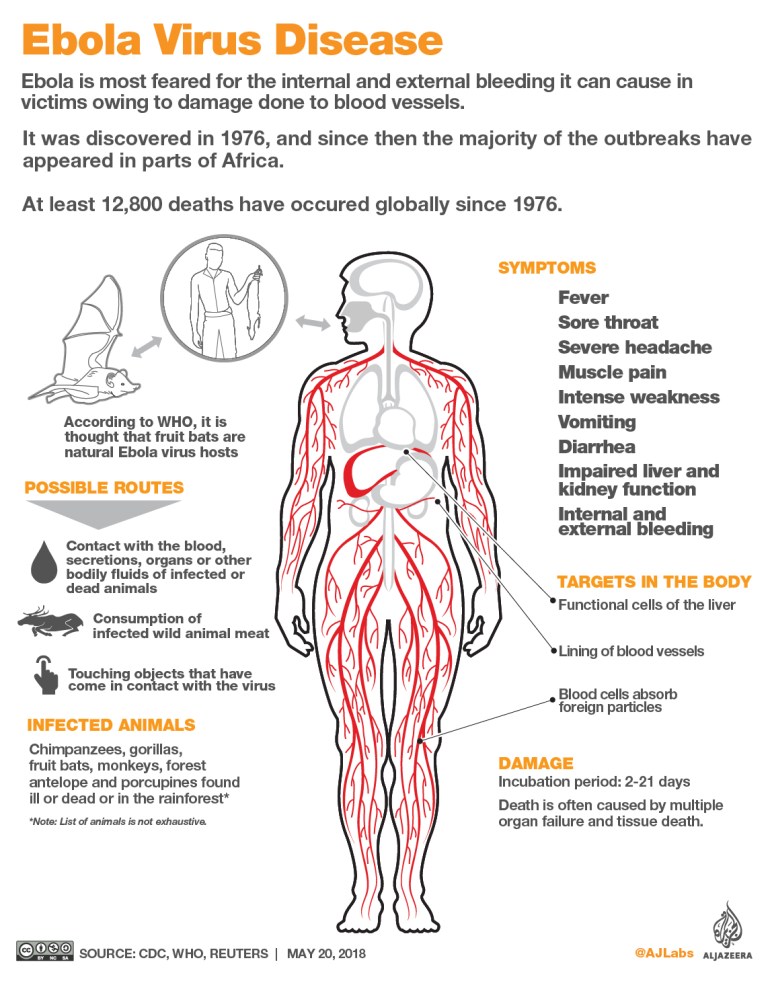