Guards at a Libyan detention centre have shot dead six migrants, the United Nations agency for migration said, amid an ongoing violent crackdown against refugees and asylum seekers.

The International Organization for Migration (IOM) on Friday said overcrowding at the Ghot Shaal detention centre in Tripoli had led to chaos at the facility.

The UN agency’s Libya chief Federico Soda said “shooting broke out and six migrants were killed in total. They were shot by the guards.”

Videos posted on social media showed dozens of people pouring through a gap in a fence and larger numbers marching through Tripoli streets.

Al Jazeera’s Malik Traina said an official in the Ministry of Interior would not confirm whether the detainees had been released or had escaped from the facility.

“He was very careful not to answer,” Traina said. “We might see Libyan authorities in the next days saying that they released these people due to a lack of resources.”

Libyan security forces have detained more than 5,000 migrants, refugees and asylum seekers, mostly from Sub-Saharan Africa, over the past week.

Of those detained, 215 are children and more than 540 women, at least 30 of whom were pregnant, according to estimates by IOM.

Authorities described the roundup as a security campaign against undocumented migration and drug trafficking, but the Interior Ministry, which led the crackdown, made no mention of traffickers or smugglers being arrested.

Amnesty International has called on Libyan authorities to charge anyone who committed a crime, while releasing those who are innocent, such as children.

Among those arrested are many who have registered with the UN refugee agency, meaning they have been recognised as refugees or asylum seekers.

“These people are escaping persecution from their countries of origin and should be protected, not imprisoned,” Hussein Baoumi, Libya and Egypt campaigner at Amnesty International, told Al Jazeera.

In 2020, Libyan authorities legitimised informal places of captivity by integrating them into the official migration detention infrastructure under the control of the Directorate for Combatting Illegal Migration (DCIM) of the Ministry of Interior.

Thousands of refugees and migrants have been arbitrarily detained at these centres and subjected to torture, sexual violence and other abuse with impunity, according to human rights watchdogs. 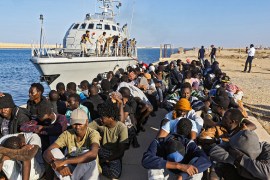 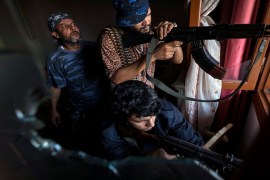 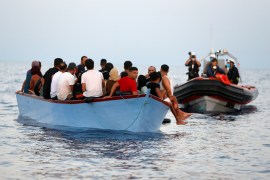 The Independent Fact-Finding Mission on Libya says migrants and detainees were particularly exposed to violations.