The Sudanese general who seized power in a coup this week said the military he heads will appoint a “technocrat” prime minister to rule alongside it within days.

In an interview with Russia’s state-owned Sputnik news agency published on Friday, Abdel Fattah al-Burhan said the new premier will form a cabinet that will share leadership of the country with the armed forces.

“We have a patriotic duty to lead the people and help them in the transition period until elections are held,” al-Burhan said in the interview.

He said as long as the expected protests are peaceful, “security forces will not intervene”.

On Monday, al-Burhan dissolved the transitional government and detained Prime Minister Abdalla Hamdok, many government officials and political leaders in a coup condemned by the United States and the West. The military allowed Hamdok to return home under guard the following day after international pressure.

The generals have not yet produced a list of candidates for the premiership, al-Burhan said. The decision to appoint such a premier follows earlier calls by the generals for a “nonpartisan technocrat” cabinet.

The military takeover came after weeks of mounting tensions between military and civilian leaders over the course and pace of Sudan’s transition to democracy.

The coup has derailed a transition meant to steer Sudan to democracy, with elections in 2023, after long-serving ruler Omar al-Bashir was toppled two years ago.

Al-Burhan has said he dissolved the government to avert civil war after civilian politicians stoked hostility to the armed forces. He says he is still committed to a democratic transition, including elections by 2023, but favours a government that would exclude partisan politicians.

The military takeover comes just weeks before al-Burhan would have had to hand over the leadership of the Sovereign Council, the ultimate decisionmaker in Sudan, to a civilian, in a step that would reduce the military’s hold on the country.

The coup has elicited a storm of street protests demanding the restoration of a civilian government. At least nine people have been killed by security forces’ gunfire, according to the Central Committee of Sudanese Doctors (CCSD) and activists.

At least 170 others were wounded, according to the United Nations.

Pro-democracy activist groups have called for “million-person” marches on Saturday to bring the coup to a halt.

The US has also demanded that Sudan’s military refrain from violence against mass protests planned on Saturday, saying it would be a key test of intentions after the civilian government was overthrown.

A senior US State Department official called Saturday a “real test” and said Washington was “really concerned” about the response to demonstrations that have been called to oppose the military’s removal of the civilian-led transitional government.

“The Sudanese people are preparing to take the streets tomorrow in protest of the military overthrow and we call on the security forces to refrain from any and all violence against protesters and to fully respect the citizens’ right to demonstrate peacefully,” the official told reporters on condition of anonymity.

“I think this is going to be a real indication of what the military’s intentions are and what, unfortunately, the casualty account could be,” he said. 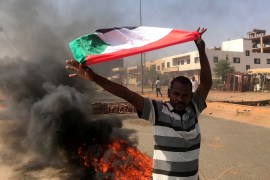 A military coup shakes up Sudan

What will the events of the last week mean for Sudan’s path to civilian rule? 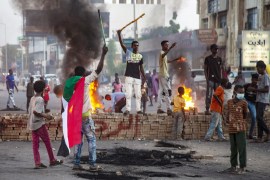 At least one anti-coup protester killed, medics say, on a fourth day of confrontations with soldiers in Khartoum. 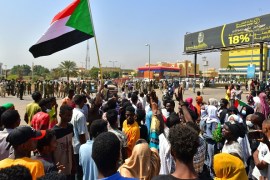 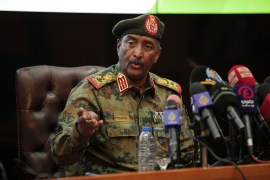 State media report ambassadors to the US, EU, China, Qatar, France and head of Geneva mission relieved of their posts.