Maarab, Lebanon – Supporters of the Christian Lebanese Forces party have blocked roads and highways to protest against the military intelligence decision to summon party leader Samir Geagea to give testimony on the deadly Beirut clashes earlier this month.

The protesters closed off roads that led to Geagea’s residence in the northern town of Maarab on Wednesday.

Geagea was scheduled to give his testimony to the military intelligence on Wednesday morning, but he did not show up. His lawyers lodged a complaint on Tuesday, claiming the summons was illegal.

“It is an injustice, and clearly a politically motivated summoning,” Sami Saliba, a party supporter at the Maarab demonstration told Al Jazeera.

He accused Iran-backed Hezbollah of trying to scapegoat Geagea. “He is the only political leader to stand up against Hezbollah.”

On October 14, unidentified gunmen fired at a crowd of Hezbollah and Amal party supporters gathering near the Beirut Justice Palace for a protest against the judge leading the investigation into last year’s devastating explosion at Beirut port. The shooting sparked armed clashes in nearby neighbourhoods. At least seven armed fighters and civilians were killed and more than 30 others wounded.

Both parties accused Geagea and the Lebanese Forces party of instigating the clashes. Hezbollah Secretary-General Sayyed Hasan Nasrallah accused the Christian party of trying to stir sectarian strife and conflict in Lebanon.

Geagea has rejected the accusations and his supporters at the protests told Al Jazeera that Christian residents in the vicinity of the clashes acted in self-defence.

“They should first interview the militiamen who attacked Ain el-Remmaneh, not the civilians who stood by and defended their homes,” Emil Moukarzel, a Lebanese Forces coordinator, told Al Jazeera.

So far, 68 people have been charged with murder, attempted murder, stirring sectarian strife, possession of illicit war weapons, and destroying private and public property. Eighteen of those charged remain in detention.

Military intelligence issued the summons to Geagea on Monday. A legal source told Al Jazeera that he was not being summoned as a witness, suspect, or charged individual.

Geagea previously said he would testify as long as Hezbollah leader Nasrallah also did so.

Residents in the affected neighbourhoods have likened the clashes to violence during Lebanon’s brutal civil war from 1975 until 1990.

The violence erupted amid soaring tensions over the probe into the devastating explosion at Beirut’s port on August 4, 2020. The protesters gathered in the Lebanese capital two days after Nasrallah accused the lead investigator of the blast probe, Judge Tarek Bitar, of “politically targeting” officials in his investigation.

More than 200 people were killed and about 6,500 wounded in the explosion at Beirut’s port last year, when a huge stockpile of ammonium nitrate, which had been stored unsafely at the port for years, detonated. No officials have been convicted so far. 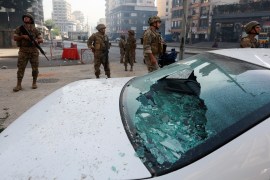 Fears of civil conflict grow in Lebanon after the worst street violence in more than a decade broke out in Beirut. 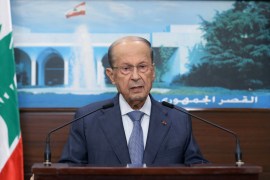 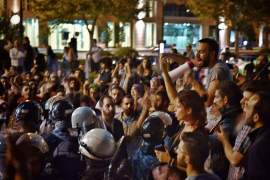