Former Chicago Mayor Rahm Emanuel sought to explain his handling of a 2014 police shooting of a Black teenager that took place on the same date seven years ago when he appeared before a Senate committee on Wednesday.

Chicago police shot 17-year-old Laquan McDonald, who they said had refused to put down a knife. But that proved to be a cover story and critics allege that Emanuel went along with the fiction until he won re-election months later.

On the anniversary of McDonald’s death, Emanuel – nominated to be the US ambassador to Japan – has had to answer for his handling of the McDonald murder and failed efforts at police reform while mayor.

President Joe Biden has struggled to win Senate approval for nominees to key diplomatic posts in the face of Republican delay tactics. The Senate is seeing candidates for ambassador to Japan and a number of other high-profile positions this week.

Emanuel’s confirmation may hinge on his account of the McDonald case. When police dash-cam video was released 13 months after the killing, it showed McDonald was shot 16 times in the back as he was walking away from police. Chicago police officer Jason Van Dyke was convicted of murder and a controversy about what Emanuel, then as mayor, knew engulfed the city.

“A great tragedy occurred, seven years ago to this day, on the streets of the city of Chicago. And that tragedy sits with me, as it has every day, in every week, for the last seven years,” Emanuel told the Senate foreign relations committee on Wednesday.

But “nobody suggested or concluded that anybody in my office, or I myself did anything improper,” Emanuel said, citing a letter of support from Pastor Marvin Hunter, a church leader and relative of McDonald.

Emanuel, who was former President Barack Obama’s chief of staff before running for Chicago mayor, has repeatedly claimed he did not know the actual details of McDonald’s shooting until the police video was released publicly.

At the time, there were calls for Emanuel’s resignation amid accusations he had condoned the initial police cover-up to protect his re-election prospects. Emails by his staff released under the Freedom of Information Act showed there had been close coordination between the mayor’s office and the police.

Emanuel created a “Task Force on Police Accountability” and introduced reforms including training in de-escalation and the use of non-lethal force. But shootings by Chicago police have continued and Emanuel acknowledged on Wednesday his efforts have been largely ineffective.

Liberal members of the US House of Representatives who have been leading advocates for police reform are urging senators to vote against Emanuel’s nomination, according to The Associated Press.

Representative Mondaire Jones, a progressive Democrat, tweeted on Wednesday that Emanuel should not be allowed to escape accountability for his handling of the McDonald shooting.

Laquan McDonald should be alive today. Instead, on the anniversary of his death, the man who helped cover up his murder is being considered for an ambassadorship.

Rahm Emanuel has no business representing the United States. I urge my Senate colleagues to reject his nomination.

Among the Democrats most critical of Emanuel’s nomination have been Representatives Alexandria Ocasio-Cortez, who called the pick “deeply shameful”, and Cori Bush, a Black Lives Matter activist, who called on the Senate “to do the right thing and block his nomination”.

The head of the National Association for the Advancement of Colored People (NAACP) and a number of police reform activists have also spoken out against the nomination of Emanuel.

Months before the video of McDonald’s shooting was released publicly, the city of Chicago reached a $5m settlement with his family. They had reviewed the video evidence under a non-disclosure agreement that Emanuel defended.

“I know you’ve said you never saw the videos, but no one filled you in on the fact that this was an unusual case where a child had been shot 16 times?” Senator Jeff Merkley, a Democrat, asked Emanuel on Wednesday

“It seems hard to believe that all those things happened and yet, you were never briefed on the details of the situation,” Merkley said.

In Chicago, a group of activists on Tuesday called on the Senate to reject Emanuel’s nomination, noting that in addition to the McDonald shooting, his tenure as mayor was clouded by the closure of dozens of public schools and several mental health clinics in predominantly minority neighborhoods as the city dealt with a budget crunch, The Associated Press reported.

But most Democrats on the Senate committee appeared willing to give Emanuel a pass on the Chicago police shooting.

“You can’t be a mayor, particularly of a city like Chicago, without picking up some scar tissue along the way,” said Senator Tim Kaine, a Democrat from the state of Virginia who had served as mayor of the city of Richmond, Virginia.

Kaine, a political ally of President Joe Biden, praised Emanuel for having “served in an admirable way”.

White House Press Secretary Jen Psaki pushed back against criticism of Emanuel’s nomination, telling reporters on October 19 that Biden’s “commitment to police reform speaks for itself”.

“At the same time, he selects and has nominated a range of ambassadors to serve the United States overseas because of their qualifications, whether it’s from business, public service, or other reasons that would make them qualified for these positions,” Psaki said.

So far only two of Biden’s 69 nominees to ambassadorial posts – Linda Thomas-Greenfield to the United Nations and Ken Salazar to Mexico – have been confirmed by the Senate, according to the US Foreign Service Association.

By comparison, former President Donald Trump had won confirmation of 24 ambassadors by this point in his presidency, and Barack Obama had 59, according to data from the Center for Presidential Transition.

Senator Bill Hagerty, a Republican, who served as former President Donald Trump’s ambassador to Tokyo, vouched for Emanuel at Wednesday’s committee hearing and said he would vote to support Emanuel’s confirmation as ambassador. 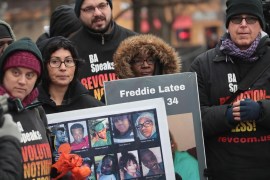 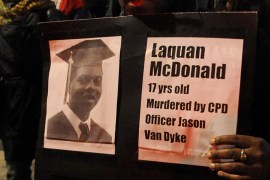 Police board finds the officers exaggerated threat posed by the black teen to justify his shooting by a white officer. 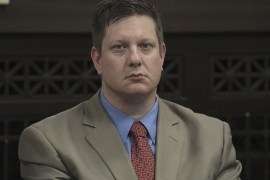