Human rights lawyers have filed a complaint to British police accusing senior government figures in Saudi Arabia and the United Arab Emirates of complicity in war crimes in Yemen.

The London-based Guernica 37 legal team submitted their dossier to the capital’s Metropolitan Police Service and the Crown Prosecution Service (CPS) on Wednesday.

Toby Cadman, the barrister leading the complaint, said 22 high-ranking Saudi and Emirati political and military officials are alleged to have been involved in crimes against humanity.

The dossier calls for the individuals to be immediately arrested should they enter the UK, a close political ally of Riyadh and Abu Dhabi.

The lawyers have not released the list of names.

“We are talking about the most heinous crimes and we don’t believe there is any immunity from them,” Cadman told UK newspaper The Guardian.

Guernica 37 is focusing on three events including a 2018 air attack on a school bus in northern Yemen, which killed at least 26 children, and a 2016 aerial bombing of a funeral in the capital, Sanaa, that killed140 people.

The other concerns the alleged torture and murder of civilians in Aden, a strategically important port city in southern Yemen, by Colombian mercenaries under the command of a US private military company contracted to the UAE.

As evidence, the group cited accounts from survivors of the three incidents and their relatives. Their file also features testimony from the families of those killed in the events.

Cadman said the team was relying on universal jurisdiction under UK law to bring forward their case. The principle ensures that individuals who are guilty of certain offences, including war crimes and torture, can be prosecuted in UK courts regardless of where their crimes took place.

“Under UK law there is no requirement for the crimes to be committed on UK territory or there to be UK victims or UK defendants,” he said.

Yemen has been convulsed by war since 2014, when the Iran-aligned Houthi rebel group seized large swaths of the country, including Sanaa, forcing the internationally recognised government of President Abd-Rabbu Mansour Hadi to flee.

Fighting escalated in March 2015, when a military coalition led by Saudi Arabia and featuring the UAE intervened in an attempt to restore Hadi’s administration.

In the years since, the conflict has largely ground into deadlock. The fighting has killed tens of thousands of people and spawned what the United Nations has called the world’s worst humanitarian crisis. Both sides have been accused of committing war crimes.

“Anything which gets us a step closer to holding those responsible for war crimes in Yemen to account is to be strongly welcomed.” Without international support, more children who bear no responsibility for the crisis will die, UN agency warns. 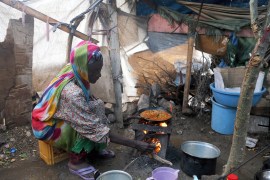 Aid agencies are helping nearly 13 million people across the country, already 3 million more than a few months ago.