A strong earthquake has struck several islands in Greece and other regions in the Eastern Mediterranean, including the southern Antalya region in Turkey as well as cities in Egypt.

The tremor was felt on the islands of Karpathos, Crete, Santorini and Rhodes in Greece on Monday.

“Really felt that one … lasted for 30 seconds,” a witness in Lindos, Rhodes, said in a posting on the European Mediterranean Seismological Centre’s website.

The tremor’s magnitude was measured at 6 and depth at 37.8km (23.5 miles) by the United States Geological Survey.

It also shook the Cypriot capital Nicosia, Beirut in Lebanon, Cairo and other cities in Egypt, parts of Israel and the Palestinian Territories, and the region around southern Turkey’s Antalya, Reuters news agency reported.

The Turkish disaster control authority, Afad, reported the epicentre at 155km from the Turkish coast.

It said the quake with a preliminary magnitude of 6 struck some 155km (96 miles) off the resort town of Kas, in Antalya province.

Kas’s district governor, Saban Arda Yazici, said authorities had not received any reports of damage or injury in Kas or its environs.

Two powerful quakes rattled Crete in recent weeks, killing one person and damaging buildings. A Greek seismologist said that Tuesday’s quake came from a different African fault and no aftershocks were expected.

The quake confirmed the current increased seismic activity in this region.

Last week, a magnitude 6.3 seaquake near Crete startled people. It was felt as far away as the Greek capital, Athens, some 400km (249 miles) away.

Three weeks ago, a similarly strong quake on Crete killed one person.

Turkey, meanwhile, sits on top of major fault lines and earthquakes are frequent. At least 17,000 people died in a powerful earthquake in northwest Turkey in 1999. 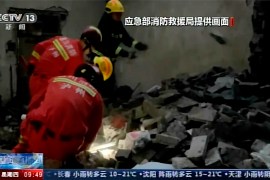 Rescue underway after shallow tremor struck not far from Chongqing in the early hours of the morning. 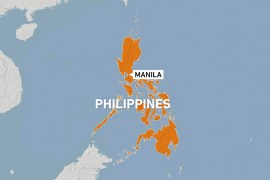 The epicentre of the earthquake was in Occidental Mindoro province. 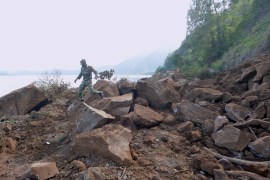 The US Geological Survey said the magnitude 4.8 quake was centred 62km northeast of Singaraja, a Bali port town.