Beirut, Lebanon – Lebanon’s parliament has voted to set a date of March 27 next year to hold a parliamentary election, slightly ahead of schedule.

The vote on Tuesday came as MPs separately decided against adding six additional seats to represent the Lebanese diaspora, as well as having a quota for women among the 128 elected representatives.

The election was originally set to take place in May. However, Prime Minister Najib Mikati said in late September that officials were considering holding the polls earlier to avoid campaigning during the Muslim fasting month of Ramadan.

“God willing, the elections will be transparent and sound,” Mikati said on Tuesday after the session in Lebanon’s makeshift parliament at the UNESCO Palace in the capital, Beirut.

MP Gebran Bassil, who heads the largest Christian bloc in parliament and is the son-in-law of President Michel Aoun, opposed the motion. He said that the Meteorological Department has predicted stormy weather which could disrupt voting, and that the date coincides with Lent, during which Christians fast.

The election will be the first since the country’s popular uprising in late 2019, when hundreds of thousands of people began demanding an overhaul of the political and economic status quo.

Lebanon’s parliament consists of 128 politicians, proportioned based on the country’s handful of religious and sectarian denominations. Parliament terms last four years, though the last polls in 2018 were held five years late.

Lebanese abroad welcomed the vote against adding more seats to represent the diaspora. Opposition political groups and diaspora organisations had campaigned against the idea for months, saying it was unnecessary and a form of voter suppression.

“It doesn’t make sense,” 24-year-old Karim Damien, who currently lives in Switzerland, told Al Jazeera. “If we really want our voices to be represented in Lebanon, then we have to vote for the wider framework of 128 MPs.”

Meanwhile, Future Movement MP Mohammad Hajjar told Al Jazeera that his party had backed the quota for women MPs, which did not get a majority on Tuesday but is being discussed in a committee before being revisited in another parliamentary session.

“This is a motivational quota to accustom society to vote for women,” Hajjar said. “In the end we have to head towards having a women’s quota in parliament.”

The elections come at a critical time for cash-strapped Lebanon.

The country’s economy continues to spiral, with three-quarters of the population plunged into poverty and locked out of their bank savings. The local currency has lost around 90 percent of its value.

Meanwhile, a continuing electricity crisis paralyses much of public life, while alarming food inflation has forced charities and United Nations agencies to increase food assistance for millions of people. 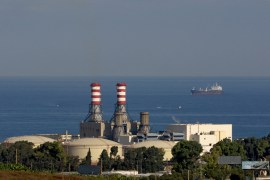 Energy Minister Walid Fayad says the grid is back up and running, returning to ‘normal’. 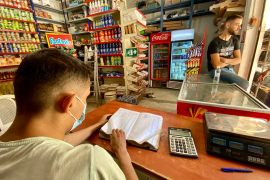 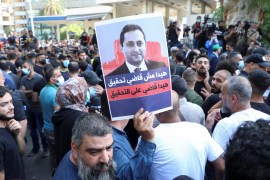