Hundreds of political prisoners have been freed from Myanmar’s Insein prison, including Aung San Suu Kyi’s party spokesman and a famous comedian, according to local media.

The prisoners walked free after state television announced an amnesty in conjunction with the Thadingyut festival for more than 5,600 people on Monday night.

The announcement came shortly after a televised address by Min Aung Hlaing, the army chief who seized power in a coup in February plunging the country into political turmoil and prompted many people to rush to the jail in Yangon in the hope that their loved ones would be among those released.

Factory worker Kyi Kyi was one of the dozens of people waiting outside the prison early on Tuesday, hoping to see her husband, who was arrested in February.

“I also came here yesterday,” she told the AFP news agency. “He was not released. Hopefully, he will be today.”

Nwet Nwet San, said he was hoping his son, a soldier who had run away from the army, would be freed.

“He’s been in prison for eight months,” he said.

The amnesty followed an announcement by the Association of Southeast Asian Nations (ASEAN) that Min Aung Hlaing would not be invited to their summit later this month because the military had made “insufficient progress” in complying with a five-point consensus that was agreed jointly in April.

Under the plan, the military was supposed to end violence against those opposed to its coup and allow a special ASEAN envoy to visit the country and meet all parties. Myanmar has been a member of ASEAN since 1997.

The Assistance Association for Political Prisoners (AAPP), a rights group that has been tracking the military’s response to the protests that broke out as a result of the coup, says more than 9,000 people have been jailed and more than 1,000 killed.

It was sceptical about the prisoner release which it described as a “form of distraction”. The military held previous amnesties in April and June.

“The junta will continue to refuse being transparent about the individual persons released, and who remains detained,” the group said in a statement.

These endless cycles of dissident incarceration, release, and back, point to a well-established (and exhausting) pattern of governing by #Tatmadaw. So many of #Myanmar’s heavy, red-painted jailgates have made the frontpage since 1950s |
Here in The Guardian, 17 Jan 1960, p. 1 pic.twitter.com/xYx5rpODtw

Welcome back, my comrades. Our struggles continue.

Both of them r known for they were jailed for anti-civil war demonstrations in 2018. #WhatshappeninginMyanmar #Oct19Coup pic.twitter.com/XqJ8Gzt2WJ

Monywa Aung Shin, a spokesman for Aung San Suu Kyi’s National League for Democracy (NLD) party was among those released.

“They came to me today and said they will take me home, that’s all,” he told the Democratic Voice of Burma late on Monday on his way home from prison.

Monywa Aung Shin was arrested on February 1 and had been in prison for eight months.

‘Not a change of heart’

More political prisoners including parliamentarians and journalists were freed on Monday in other towns including Mandalay, Lashio, Meiktila and Myeik.

But 11 out of 38 people released from Meiktila prison in central Myanmar were arrested again according to DVB.

Tom Andrews, the UN Special Rapporteur on Myanmar, stressed that many people were detained simply for exercising their legitimate rights. He said some had been tortured and sexually assaulted, while others had contracted COVID-19 and died.

“Their release is clearly not because the junta has had a change of heart,” he said in a statement, saying the move instead reflected the pressure being brought to bear on the generals.

“The junta seeks three things from the international community: money, weapons and legitimacy. Sustained pressure on all three fronts is the best way the international community can support the people of Myanmar to protect their human rights and save their country. The junta’s actions demonstrate that, despite their statements to the contrary, they are not impervious to pressure.”

Aung San Suu Kyi and key civilian leaders have been in detention since the February 1 coup, She is on trial in a closed court where she faces a raft of charges that could put her behind bars for years if she is found guilty.

The military has claimed without evidence that the November elections, in which the NLD won a landslide victory, were fraudulent.

The generals’ power grab brought to an end a slow transition to democracy that had been taking place for about 10 years. 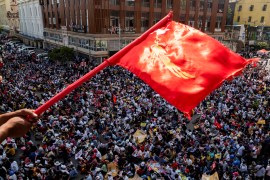 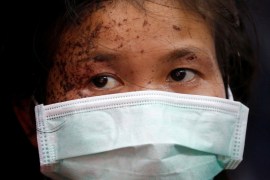 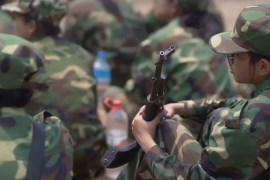