At least 35 people have been killed by floods and landslides triggered by heavy rains in the southern Indian state of Kerala with authorities fearing the number of deaths could rise significantly.

As search-and-rescue operations by the army and the navy continued on Monday, thousands remain stranded in parts of the coastal area, while many others are still missing.

PK Jayasree, the district magistrate of Kottayam, one of the two worst affected areas, along with Idukki, said that three bodies were recovered on Sunday, nine on Monday while a six-member family has been completely lost.

“The water entered my house with force last night and everything was lost,” Shahul Hameed, a resident from Kottayam, told Al Jazeera. “We only have the clothes that we are wearing.”

Al Jazeera’s Elizabeth Puranam, reporting from Kottayam, said: “Entire houses have been reduced to nothing but rubble … people have nowhere to go.”

“Floods during the monsoon season happen every year but the frequency has increased in the last 10 years.”

Operations are under way to clean up the streets as more rain is expected from Wednesday.

In 2018, Kerala suffered catastrophic floods when heavy downpours amid the monsoon season killed more than 400 people and drove hundreds of thousands from their homes.

The state’s chief minister, Pinarayi Vijayan, urged residents on Sunday to exercise extreme caution even though the intense rainfall had subsided. More than 100 relief camps were set up, he added.

The unseasonal rains – coming after the monsoon season – were caused by a low-pressure system over the adjoining Arabian Sea. The state’s main pilgrimage at the prominent Sabarimala shrine was postponed. 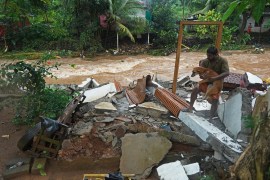 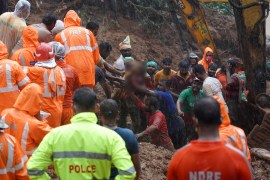 At least 35 die in landslides and floods triggered by heavy rains as rescuers scour for survivors in muddy debris. 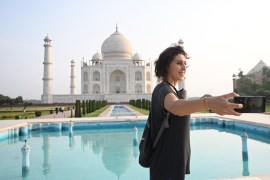 India reopens for foreign tourists after 19 months as COVID ebbs