New Delhi, India – The arrest of Bollywood superstar Shah Rukh Khan’s son Aryan Khan in a drug case following a raid on a luxury cruise ship earlier this month has been making headlines in India for nearly two weeks now.

Aryan, 23, and seven others were detained on October 2 when officials from India’s Narcotics Control Bureau (NCB) – tasked with combatting drug trafficking and the use of illegal substances – raided the party and reportedly seized drugs on the cruise ship off the Mumbai coast. The eight accused were formally arrested a day later.

Since then, a total of 20 people have been arrested in the case after the NCB claimed to have made a seizure of 13 grams of cocaine, five grams of MD (mephedrone), 21 grams of charas, 22 pills of MDMA (ecstasy), and 133,000 Indian rupees ($1,766) in cash from the cruise ship bound for Goa.

Aryan was present on the ship but his lawyers said no drugs were recovered from him.

On Thursday, a special Mumbai court reserved its order on his bail plea until October 20 and sent him to a common cell of Mumbai’s Arthur Road Jail.

The case has triggered allegations that the right-wing Indian government was “harassing” the son of the country’s biggest Muslim actor only because of their religion.

What are the charges against Aryan Khan?

The NCB has charged Aryan with offences under various sections of the Narcotic Drugs and Psychotropic Substances Act (NDPS), a law related to the possession, consumption and purchase of drugs.

Appearing for the NCB, Additional Solicitor General (ASG) Anil Singh on Thursday claimed there was evidence to show that Aryan was a regular consumer of drugs for the last few years.

These days in India you are arrested and jailed for who you are. Not for what you have done.

On Wednesday the NCB, in its statement filed before the court, alleged that Aryan’s WhatsApp chats revealed he was in touch with some people who appear to be a “part of an international drug network for illicit procurement of drugs”.

“WhatsApp chats reveal the accused was in touch with a foreign national for a bulk quantity of hard drugs,” the statement said, adding that the probe so far has revealed Aryan’s role in the conspiracy.

The agency opposed his bail plea, saying it would affect their investigation as he could “tamper with evidence and influence witnesses”.

I've said little on the #AryanKhan matter, in case NCB had evidence not leaked so far. Bail hearings make clear that his blood tests were clean, only allegation's based on straws like membership of a whatsapp group. Either NCB made a mistake,is covering up, or this is a vendetta.

Aryan’s lawyers reject the charges and term the NCB allegations as “absurd” and “false”.

Satish Maneshinde last week told the court that the narcotics agency did not find any drugs on him and allegations that he was in contact with drug dealers were untrue.

Amit Desai, another counsel for Aryan, on Wednesday said there was a “very frightening and serious term” which they are dumping on Khan of “illicit drug trafficking”.

“There is nothing even remotely suggesting that this boy is involved in illicit drug trafficking,” he said, according to Indian media reports.

Desai later told the court that it needs to bear in mind that “by no stretch of the imagination is this boy involved in international drug trafficking”.

The NCB has faced heat from several quarters on Aryan’s arrest, including the ruling coalition made up of the Nationalist Congress Party (NCP), the Shiv Sena and the Congress in Maharashtra state, where Mumbai is located.

No evidence of :
consumption
possession

Senior NCP leader and minister Nawab Malik last week alleged that the agency’s raid on the cruise ship was “fake” and no narcotics were found during the action.

Malik also questioned the presence of two people who participated in the raid despite not being the members of the NCB. The politician alleged that one of them was a member of Prime Minister Narendra Modi’s Bharatiya Janata Party (BJP).

On Wednesday, Malik alleged the “NCB has malafide intentions and is involved in only selective leaks to frame people”.

The NCB’s zonal director, Sameer Wankhede, who is heading the probe into the case, denied the allegations, saying the agency works impartially.

“We are an impartial and a very competent agency. We don’t believe whatever they are saying. We are 100 percent committed to fighting the crime and we will fight it,” he told Al Jazeera.

Wankhede claimed there are people “who are trying to put obstacles in our way” but that will not stop them from “doing their duty”.

Aryan Khan’s father, 55-year-old Shah Rukh Khan, is one of the world’s most famous actors and is popularly referred to as the “King of Bollywood” or “King Khan”.

In his career spanning more than 30 years, Shah Rukh has starred in nearly 105 films, some of them mega blockbusters and global successes.

The actor, who has a stable marriage with his childhood sweetheart, a Hindu named Gauri Khan, enjoys a large fan following across South Asia, and has more than 42 million followers on Twitter, an equal number on Facebook, and nearly 27 million on Instagram.

The pettiness and vendetta cannot take away from the fact that @iamsrk is the biggest superstar of our times and will remain so. There will not be another Shahrukh Khan in the history of Indian cinema.

Despite his Muslim identity, Shah Rukh has mostly enjoyed a non-controversial film career. In recent years, however, he has faced the ire of the right-wing BJP.

In 2015, shortly after Modi came to power, the actor was dubbed “anti-national” by the BJP after he spoke against growing religious intolerance in the country.

Yogi Adityanath, the saffron-robed chief minister of India’s most populous Uttar Pradesh state, once compared Shah Rukh with Pakistan’s Hafiz Saeed, considered to be the mastermind of the 2008 Mumbai attacks and a United Nations-designated terrorist.

Experts say the drugs case involving his son has once again shone the spotlight on the vulnerability of a Muslim actor in India.

But the high-profile case has also divided social media in India, with fans of the actor demanding Aryan’s release soon while others are demanding a boycott of his father’s upcoming films.

Since his arrest, hashtags such as #ReleaseAryanKhan, #WeStandWithSRK, #BailForAryanKhan and #WeLoveYouSRK have been trending on Indian social media in support of Shah Rukh Khan and his son.

Those opposing the bail have used the hashtags #NoBailOnlyJail and #SendAryanKhanToJail. Some have even started a campaign asking people to boycott the brands endorsed by Shah Rukh, using hashtags such as #Boycott_SRK_Related_Brands and #BoycottShahRukhKhan.

A leading education-tech company, Byju’s, stopped all its advertisements featuring the actor.

In recent years, Bollywood has been dogged by allegations of widespread drug abuse and several actors have been linked to drugs cases.

Last year, the industry was at the centre of a major controversy over the death of young actor Sushant Singh Rajput, who allegedly died by suicide following a history of narcotics abuse.

‘Jailed for who you are’

While several Bollywood actors have come out in support of Shah Rukh and his son, the silence of some of its biggest stars has also been slammed by his fans and social media users.

Veteran actor and politician Shatrugan Sinha said Aryan was being “targeted” because of his father, though he ruled out any religious angle to the arrest.

“Shah Rukh is definitely the reason why the boy is being targeted. There are other names like Munmun Dhamecha and Arbaaz Merchant, but nobody is talking about them,” Sinha told an Indian website, adding that some people want to “settle personal scores” with the superstar.

Mehbooba Mufti, the former chief minister of Indian-administered Kashmir, alleged that India’s federal agencies are “after the 23-year-old simply because his surname happens to be Khan”.

“Travesty of justice that Muslims are targeted to satiate the sadistic wishes of BJPs core vote bank,” she wrote on Twitter.

Activist and Booker prize-winning author Arundhati Roy also hinted at the religious identity of a person deciding what course the law would take in contemporary India.

“These days in India you are arrested and jailed for who you are. Not for what you have done,” she told Al Jazeera. 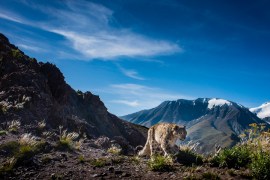 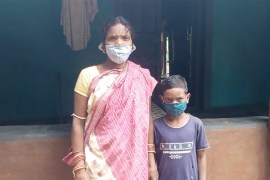 While 60 percent Indian women are anaemic as they eat last and the least, rising hunger hits the marginalised most. 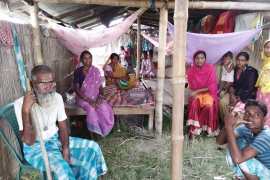 ‘To dehumanise, terrorise us’: Muslims evicted in India’s Assam

A fortnight after their eviction, residents live cramped in shanties propped up with whatever is left of their homes. 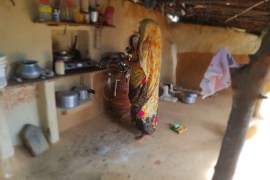