The United States will lift restrictions at its land borders with Canada and Mexico for fully vaccinated foreign nationals in early November, ending historic curbs on non-essential travellers in place since March 2020 to address the COVID-19 pandemic.

US Homeland Security Secretary Alejandro Mayorkas said in a statement that next month the administration “will begin allowing travellers from Mexico and Canada who are fully vaccinated for COVID-19 to enter the United States for non-essential purposes, including to visit friends and family or for tourism, via land and ferry border crossings”.

The new rules are similar but not identical to planned requirements announced last month for international air travellers, US officials said in a call earlier with reporters.

Lawmakers from US border states praised the move to lift the unprecedented restrictions, which had harmed the economies of local communities and prevented families and friends from seeing each other for 19 months.

“Since the beginning of the pandemic, members of our shared cross-border community have felt the pain and economic hardship of the land border closures. That pain is about to end,” Senate Democratic leader Chuck Schumer said in a statement.

Unvaccinated visitors will still be barred from entering the US from Canada or Mexico.

The officials from President Joe Biden’s administration emphasised that the White House would not lift the “Title 42” order put in place by former President Donald Trump’s administration and which has essentially cut off access to asylum for hundreds of thousands of asylum seekers seeking to enter from Mexico.

The precise date in early November when the restrictions will be lifted on both land and air travel will be announced “very soon,” one of the officials said.

Homeland Security said the administration was creating “consistent, stringent protocols for all foreign nationals traveling to the United States – whether by air, land, or ferry”. 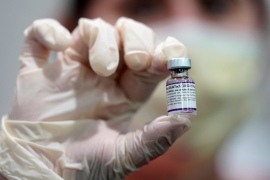 The company says its research shows no adverse side effects for the age group, but recommends smaller doses. 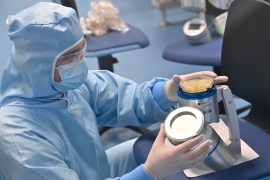 By end of 2021 rich countries will have 1.2 billion vaccine doses not marked for donations, according to a new analysis. 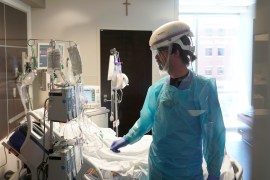 US COVID-19 hospitalisations rise to 100,000, most since January