Killed in the attack were the governor’s press secretary and his photographer, the head of his security detail and a fourth companion, as well as a civilian bystander, a local government source said.

A body covered with a blanket lay on the street next to a charred vehicle in al-Tawahi district, which houses the STC headquarters. Firefighters and police were deployed to the area.

Lamlas is secretary-general of the Southern Transitional Council (STC), a separatist group that has vied with the Saudi-backed government for control of Aden and Yemen’s wider south.

Al-Suqatri is also a member of the United Arab Emirates-backed STC, which has seen infighting among its ranks.

A military spokesman of the STC said earlier at least five people were injured including three civilians, one of them a child. 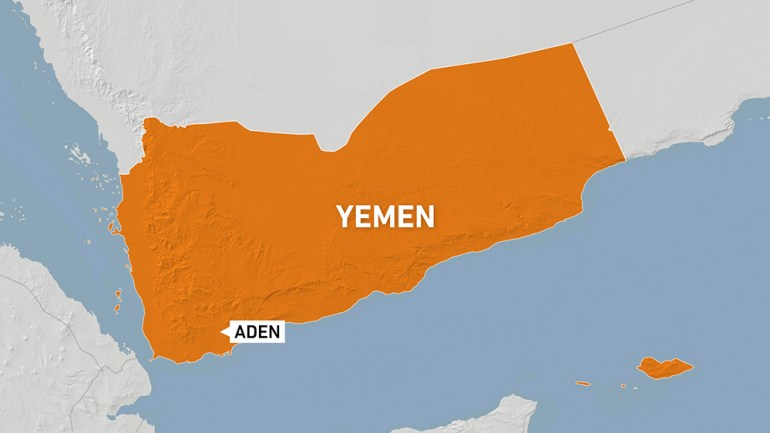 The government and the STC are nominal allies under a coalition led by Saudi Arabia, which has been battling the Iran-aligned Houthi movement. Instability in the south complicates United Nations-led peace efforts.

The military alliance intervened in Yemen in March 2015 months after the Houthis removed the internationally recognised government from the capital, Sanaa.

The government is based in the south while the Houthis control most of the north.

Yemen is also home to al-Qaeda in the Arabian Peninsula, which launches periodic attacks against fighters aligned with the country’s authorities.

Tens of thousands of people, mostly civilians, have been killed and millions displaced in Yemen’s conflict, which has been dubbed the world’s worst humanitarian disaster by the United Nations.