Racism and prejudice contributed to the death of Joyce Echaquan, an Indigenous mother of seven who died at a hospital in the Canadian province of Quebec after filming staff hurling insults at her, a coroner’s report has found.

The Atikamekw woman had posted a video on social media showing hospital staff verbally abusing her before her death, sparking nationwide outrage and protests demanding an end to abuses and mistreatment of Indigenous people in government services.

The Quebec coroner’s report released on Friday concluded that Echaquan died of pulmonary edema, ruling the death accidental. But it called on the provincial government to recognise and eliminate “systemic racism” from its institutions.

“The racism and prejudice that Ms. Echaquan faced certainly” contributed to her death, the report said.

“Ms. Echaquan was quickly labelled a drug addict and, on the basis of this prejudice, it follows that her cries for help were unfortunately not taken seriously.”

Echaquan, who was 37 years old, was seeking treatment for stomach pain at a hospital in Joliette, a city north of Montreal. The video she posted before her death showed her calling for help as hospital staff hurled insults at her.

“I am convinced that my partner died because systemic racism contaminated Joliette hospital and killed my partner,” Carol Dube, Echaquan’s partner, said at a news conference after her death.

Atikamekw of Manawan – the community where Dube, Echaquan and their children lived – has since called on Quebec and Canada to recognise systemic racism and take action to address it in their institutions, including healthcare.

But Quebec Premier Francois Legault has denied the existence of systemic racism in the province.

In November last year, his Coalition Avenir Quebec government refused to adopt a proposal by the Atikamekw Nation to improve healthcare access for Indigenous people because it called on the province to recognise systemic racism.

Joyce’s Principle, as the plan is known, is named after Echaquan.

“We don’t have the same vision,” Quebec Indigenous Affairs Minister Ian Lafreniere said at the time, as reported by APTN. “However, I will assure you that doesn’t prevent us from working together.”

The coroner’s report comes after National Day for Truth and Reconciliation was marked for the first time in Canada on Thursday. The federal holiday honours the Indigenous children who were forced to attend so-called “residential schools“, forced-assimilation institutions rife with abuse.

Thousands of Indigenous children are believed to have died while attending the facilities, and First Nation communities have uncovered hundreds of unmarked graves on the sites of the former schools in recent months.

Few Canadian provinces have officially recognised National Day for Truth and Reconciliation as a provincial holiday, however, prompting questions from Indigenous rights advocates about whether they are taking calls to address the harms of residential schools seriously.

Legault, the Quebec premier, said on Thursday he does not plan to make September 30 a provincial holiday because Quebec needs more “productivity”, Canadian media reported.

“There’s a large majority of Quebecers that say there is no racist system in Quebec,” Legault said earlier this week, as reported by the public broadcaster, CBC. “There are racist people, but it’s not true that the education network, the healthcare network, have racist systems.”

Last year, Prime Minister Justin Trudeau decried Echaquan’s death as an example of systemic racism in the country. “This was the worst form of racism at a time when someone was most in need of help,” Trudeau said. 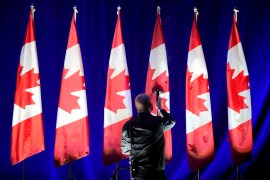 Canada’s election changed little in parliament, but a lot in party perception. 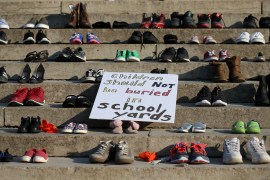 Decision falls short of the recommendation from Canada’s Truth and Reconciliation Commission for the Pope to apologise. 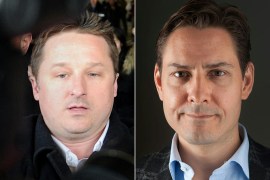