On the rainy morning of January 20, 2017, Donald Trump took the oath of office at the Capitol Building to become the 45th president of the United States. His inauguration was marred by violence as riots erupted in cities across the country.

Four years later, as Trump is on his way out, Capitol Hill – located within walking distance from the White House in Washington, DC – was the scene of violent clashes after hundreds of Trump supporters stormed the Capitol Building – the seat of the US Congress – in a bid to thwart the peaceful transfer of power to President Joe Biden. 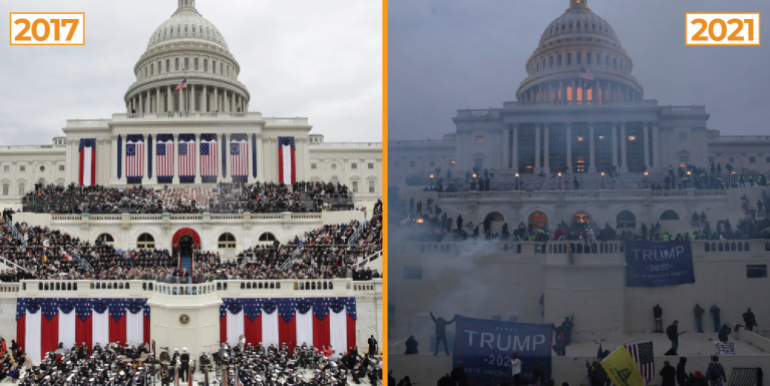 On January 6, 2021, protesters scaled the walls of the Capitol West Front, smashing windows, resulting in an armed standoff with security. At least four people died and 52 were arrested.

Four years earlier, on the very same steps of the nation’s Capitol, Trump applauded President Barack Obama and First Lady Michelle Obama for “their gracious aid throughout this transition” and the “orderly and peaceful transfer of power”. 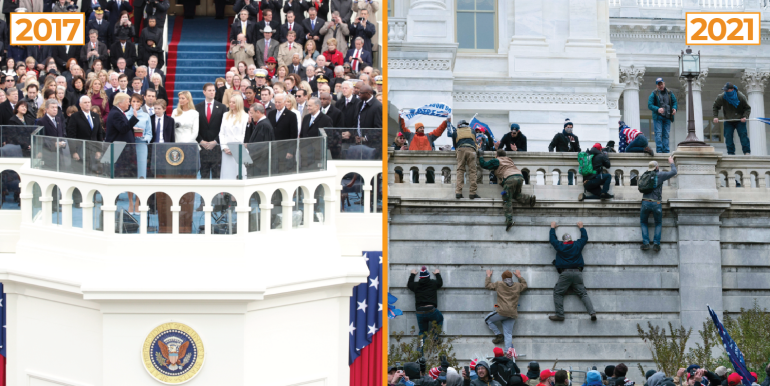 On Wednesday, Trump addressed his supporters outside the White House and repeated unfounded claims that the election was stolen from him. Later in the day, the US Congress certified Biden’s victory.

Trump later called on his supporters to go home, but also praised them as “very special”, while professing his “love” for them. Among the flag-waving mobs were various Confederate flags, which symbolise the southern states who fought in the Civil War as they sought to break away from the union – a symbol that has grown in prominence since Trump’s election in 2017. The Confederate flags are now associated with white supremacists. 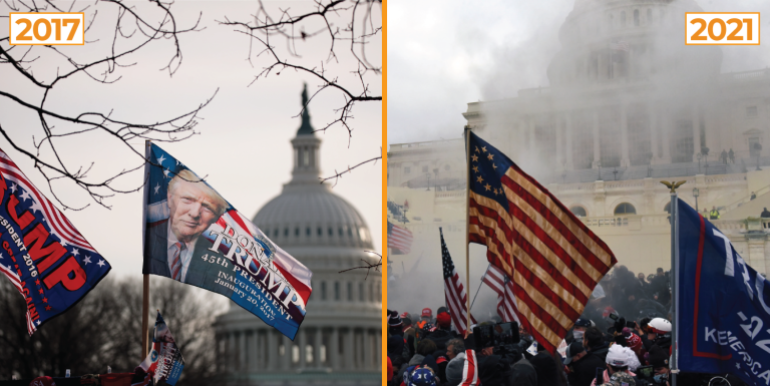 In 2017, thousands of anti-Trump protesters converged on the capital as well as in cities around the US and the world to express their dislike for the new president and his policies.

While the vast majority of the demonstrations passed peacefully, some protesters resorted to violence. Since then, the US has seen some of the largest protests including the Black Lives Matter movement following the death of George Floyd, an unarmed Black man who died in police custody on May 25, 2020. 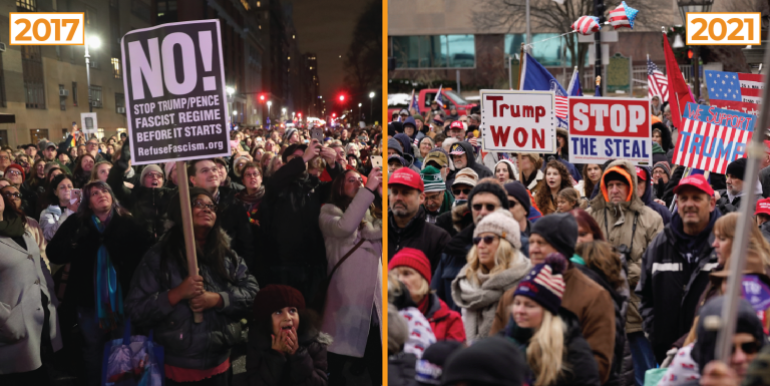 Since assuming office, Trump has been accused of attacking the news media, branding their reports as “fake news” and them as the “enemy of the people”. In 2020, the Committee to Protect Journalists (CPJ) said Trump’s “administration’s attacks on the credibility of the news media have dangerously undermined truth and consensus in a deeply divided country”.

On Wednesday, pro-Trump rioters broke the television equipment of The Associated Press news agency as they tried to cover the events outside the Capitol.

Local media also reported reading the words “Murder the Media” scratched into a door of the Capitol. 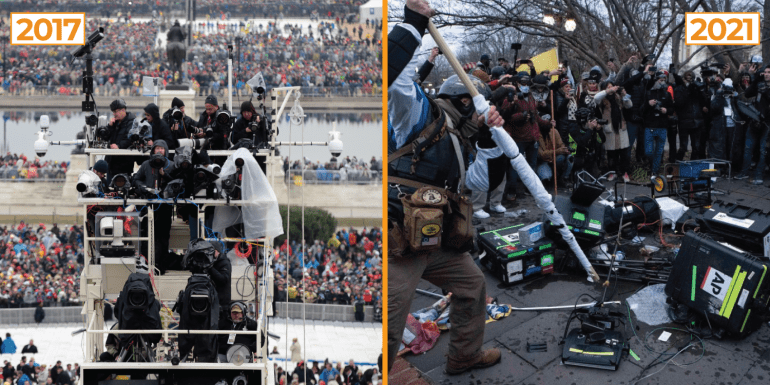 The US president currently has 12 days remaining of his presidential term before Joe Biden is sworn in as the United States’s 46th president.

Calls are growing for the president to be removed even before then by invoking the 25th amendment which could declare him unfit for office.

In a letter signed by all Democratic members of the House Judiciary Committee, representatives wrote: “President Trump revealed that he is not mentally sound and is still unable to process and accept the results of the 2020 election.” 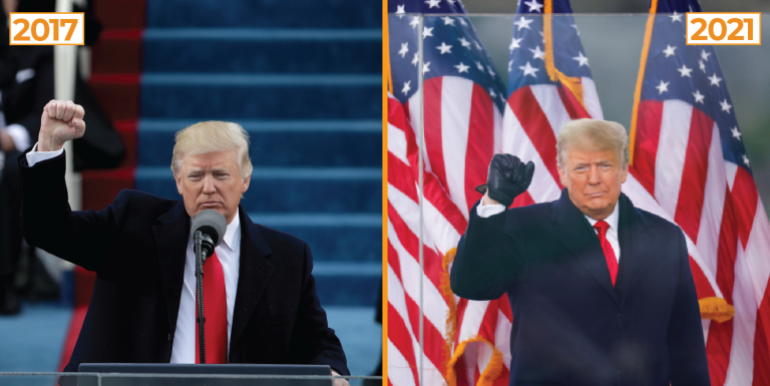