At least two children and one woman drowned after a passenger boat sank on Lake Kivu in the Democratic Republic of the Congo (DRC), a local official said.

The boat, bound for the regional capital, Goma, capsized overnight on Tuesday after having set off in the dark overloaded and from an illegal mooring, regional government spokesman Claude Basila said on Wednesday.

Basila said the boat had 51 passengers on board, of whom 46 were rescued, three died, leaving two missing.

However, survivors said the vessel was carrying at least 100 passengers.

“A big wave knocked it over and there was nothing but screams,” said Daniel Mutukura, who trod water for five hours before being rescued. 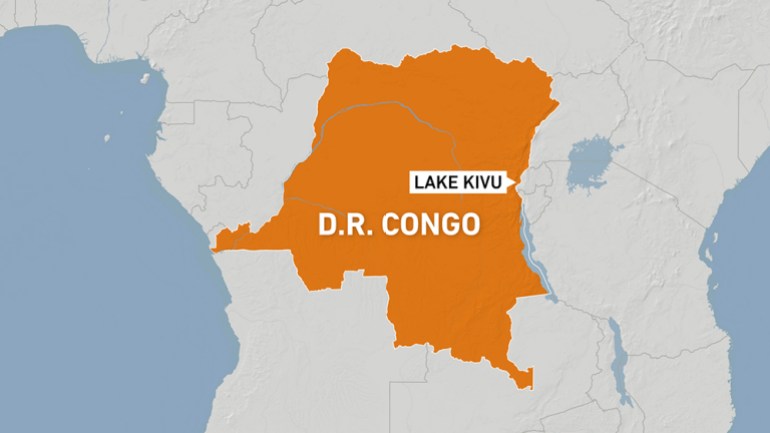 “I realised a lot of people drowned because there were more than 100 people on board.”

Mubatiza Mukanirwa survived but said his wife and children drowned.

He estimated the boat had been carrying nearly 250 people, while another survivor thought 200 had been on board.

The DRC has long been plagued by disastrous boat accidents since vessels are often overloaded with passengers and cargo.

In September 2019, 36 people were reported missing and feared drowned after a boat sank in the Congo River on the outskirts of Kinshasa.

Earlier that year, at least 30 people died after a boat sank in a lake in western DRC.

Travel by boat is one of the most commonly used methods of transport in DRC, with the vast country’s thousands of kilometres of waterways linking areas that are otherwise unconnected by roads.

Road networks in the country’s far east are poor and often under the control of armed groups.

According to a 2016 study by the World Bank, river transport “has become a last resort in many areas, where the more infrastructure-intensive transport networks of roads or railways have broken down, or never existed”.