The Saudi foreign minister has said Saudi Arabia and its three Arab allies agree to restore full ties with Qatar.

His remarks came after Gulf leaders signed a “solidarity and stability” agreement in Saudi Arabia as they met for the Gulf Cooperation Council (GCC) annual summit on Tuesday.

Prince Faisal bin Farhan told a news conference after the annual GCC gathering in the city of Al-Ula, also attended by Egypt, that there was political will and good faith to guarantee the implementation of the agreement to restore diplomatic and other ties, including the resumption of flights.

Here is how Qatar, the blockading nations and the world reacted to the news:

Following the summit, Qatar’s Emir Sheikh Tamim bin Hamad Al Thani tweeted: “I participated, alongside our brothers, in the Al-Ula summit to heal the rift, and we all hope for a better future for the region. I thank the brothers in the Kingdom of Saudi Arabia for the generous reception, and I thank the State of Kuwait for its valued efforts.”

Saudi Crown Prince Mohammed Bin Salman said: “There was a desperate need today to unite our efforts to promote our region and to confront challenges that surround us.”

Prince Farhan said the restoration of ties will “contribute very much to the stability and security of all our nations in the region”.

Ahmed Aboul Gheit, secretary-general of the Arab League, welcomed the Al-Ula declaration, saying “any effective measure that leads to calm and normalcy among Arab countries will be in the interest of the collective Arab unity”.

“There is no doubt that the huge challenges facing the Arab world call for healing the rift as soon as possible and achieving consensus between Arab brothers, as any Arab differences should be solved for the sake of Arab security, which we all need as soon as possible,” he added.

“A positive summit unifying ranks and establishing fraternity … changes and challenges surrounding us require genuine Gulf strength, cohesion and cooperation as well as Arab depth and stability,” he said on Twitter.

The Egyptian foreign ministry said the country “appreciates every sincere effort made to achieve reconciliation between the Arab quartet countries [Saudi Arabia, Egypt, United Arab Emirates and Bahrain] and Qatar”.

“Congratulations to Qatar for the success of its brave resistance to pressure & extortion,” he wrote on Twitter.

“To our other Arab neighbors: Iran is neither an enemy nor threat. Enough scapegoating – especially with your reckless patron on his way out. Time to take our offer for a strong region,” he posted.

Congratulations to Qatar for the success of its brave resistance to pressure & extortion.

To our other Arab neighbors: Iran is neither an enemy nor threat. Enough scapegoating—especially with your reckless patron on his way out.

Time to take our offer for a strong region. #HOPE

Jordan’s Deputy Prime Minister and Minister of Foreign Affairs Ayman Safadi said the final communique of the GCC summit was a major achievement to heal the rift in the region, end the Gulf crisis and restore the brotherly relations to their normal course.

He said the result will bolster solidarity and stability in the Arab Gulf region, serve its people’s aspirations for development and prosperity and strengthen pan-Arab solidarity.

“The expression of common will to resolve the Gulf dispute and the announcement of restoration of diplomatic relations with Qatar… is a welcome development,” the Turkish Foreign Ministry said in a statement on Tuesday.

“We hope that the Al Ula Declaration signed at the end of the summit will lead to ultimate resolution of the conflict. With the restoration of mutual confidence among the Gulf countries, Turkey stands ready to further develop the institutional cooperation with the GCC of which Turkey is a strategic partner.” 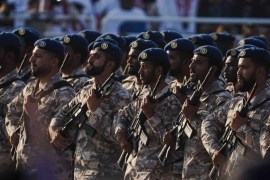 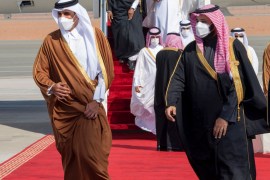 Gulf leaders signed a ‘solidarity and stability’ agreement towards ending the diplomatic rift at a GCC summit. 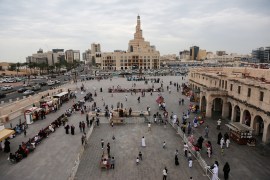 Qataris say it will take time to rebuild trust but are happy to see the back of Qatar-GCC dispute.