The European Union medical regulator has authorised AstraZeneca’s coronavirus vaccine for use in people 18 and over throughout the bloc, amid criticism the EU is not moving fast enough to vaccinate its population.

The European Medicines Agency (EMA) licenced the vaccine for people aged 18 and over on Friday, a day after Germany’s vaccine committee recommended that it should only be given to people aged 18-64, raising concerns that not enough data exist to prove it works in older people.

The shot is the third COVID-19 vaccine given the green light by the EMA, after ones made by Pfizer and Moderna. Both were authorised for all adults. The decision requires final approval from the European Commission, a process that occurred swiftly with the other vaccines.

“There are not yet enough results in older participants [over 55 years old] to provide a figure for how well the vaccine will work in this group,” the regulator said, but added that “protection is expected, given that an immune response is seen in this age group and based on experience with other vaccines.

“EMA’s scientific experts considered that the vaccine can be used in older adults,” the agency said.

Many countries in the EU have been struggling to vaccinate people as quickly as the United Kingdom, Israel, the United States and elsewhere, and it was long hoped that the AstraZeneca shot would help speed things up.

The approval comes amid a bitter dispute between the Anglo-Swedish drugmaker and the bloc after the company said it would supply the EU with fewer doses in the first three months of the year than originally planned, citing production issues at its manufacturing plant in Belgium.

The EU invested heavily in the AstraZeneca shot, which is cheaper and easier to handle than some other vaccines, with orders for 300 million doses to be delivered after authorisation and options for another 100 million doses.

It’s especially critical given the bloc’s difficulties rolling out vaccinations at a time when countries face surging cases in a pandemic that has taken the lives of more than 400,000 people in the 27-nation bloc.

Later on Friday, the European Commission said it had agreed on a plan to control exports of vaccines from the European Union, including to the United Kingdom, arguing it needed to do so to ensure its own supplies.

EU trade commissioner Valdis Dombrovskis told a news conference the export monitoring and controls were “time limited”, initially lasting until the end of March, and applied to COVID-19 vaccines the EU had bought in advance.

The bloc could block the export of a vaccine if it determined that this could undermine the EU’s own supplies.

“This is an insurance policy,” EU Health Commissioner Stella Kyriakides told a news conference. The Commission has stressed that this is not an export ban.

Donations to the COVID-19 Vaccines Global Access Facility (COVAX), designed for poorer countries, will be exempted, as will a large number of EU neighbours, including Norway, Switzerland and countries of the western Balkans and North Africa. However, the UK will not be exempted.

If those vaccines are eventually licenced, that could help alleviate the pressure on the world’s huge demand for the limited shots currently available. 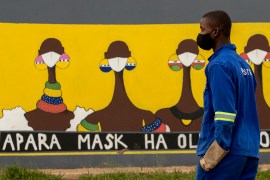 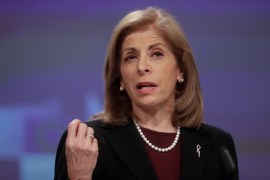 European Union trade commissioner says monitoring and controls of exports would initially last until the end of March. 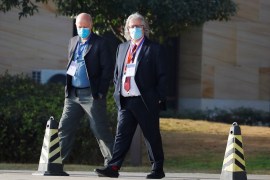 Experts are in Wuhan, where the virus first emerged, to piece together what happened in the initial outbreak.